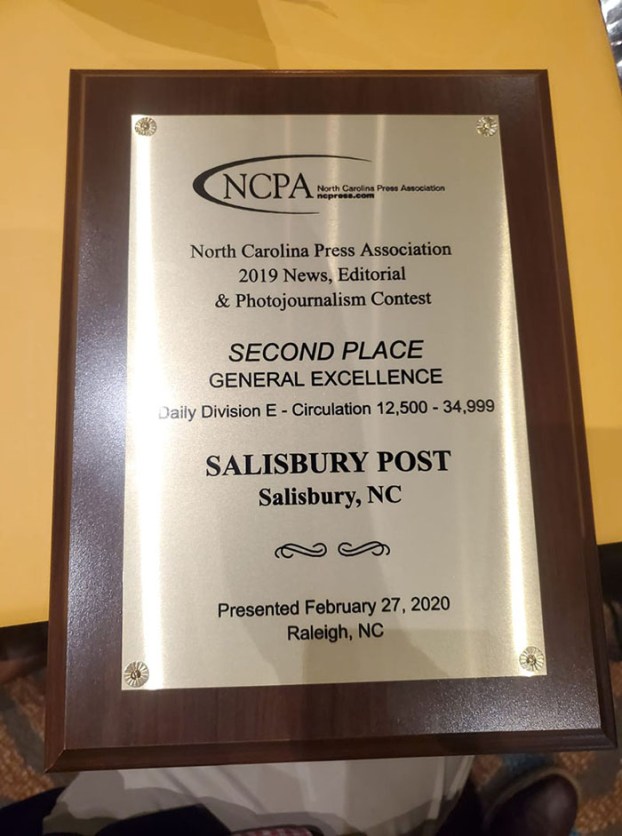 RALEIGH — The Salisbury Post was named the second-best midsized daily newspaper in the state and won a total of 28 awards Thursday in the North Carolina Press Association’s annual contest.

In addition to winning second place in general excellence for daily newspapers in the 12,500 to 34,999 circulation category, the Post won six first place, 15 second place and seven third place awards.

First place awards went to photographer Jon Lakey for feature photos of a tomato fight event at West Rowan Middle School, Sports Editor Dennis Davison in the sports column category, Editor Josh Bergeron for a collection of editorial pages, the Post’s staff in the magazine or niche publication category for the August 2019 edition of Salisbury the Magazine, former reporter and columnist Mark Wineka for a series of lighter columns and former copy editor Bobby Parker for headline writing.

Post Editor Josh Bergeron said all members of the newspaper’s staff, whether they received an award or not, made it a great year for journalism in Salisbury.

“In the coming year, we’ll look to build on our success and continue serving the Salisbury and Rowan County community with good, local journalism,” Bergeron said.