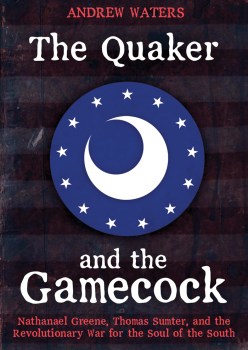 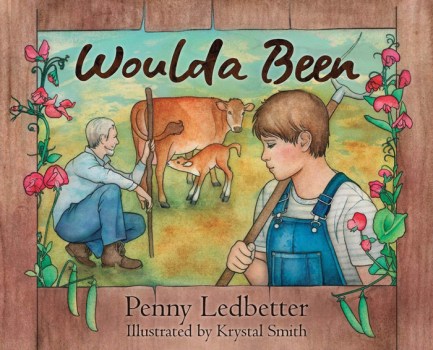 Six authors will be at South Main Book Company on Saturday to sign books and talk to readers.

Among them will be former Salisbury resident Andrew Waters, a conservationist who once worked for what is now Three Rivers Land Trust.

Waters has edited three slave narrative collections and is the author of a new book, “The Quaker and the Gamecock: Nathanael Greene, Thomas Sumter and the Revolutionary War for the Soul of the South.”

Waters’ book covers the Revolutionary War, and battles in the South, particularly North and South Carolina, with Salisbury figuring into the picture at times.

He shows in detail how Greene and Sumter had a rivalry for respect and recognition as leaders in the war. Their approaches as commanders, their style of warfare, even their personal philosophies, were often at odds.

Both men commanded respect and earned loyalty from their troops. Both men became involved in deeds that raised questions during and after the war.

It was a fraught time in the Revolution, near the end of the war in the 1780s, with the British entrenched in South Carolina.

Waters is careful to describe both men, using their correspondence to each other and others to show their character and their differing viewpoints. With copious research, he details their key battles, wins and losses, contrasting their approach to defeating the larger, better equipped British armies. Many of the men Sumter commanded were militia, with short commissions, substandard equipment and few resources.

Greene was regular army, and proud of his better trained, equipped and committed men.

Sumter had a long political carer after the war, and Greene, though offered a cabinet position, realized there was no money in working for the government.

Sumter was known for his controversial Sumter’s Law, which would establish a regular regiment with a 10-month commitment. The lure for soldiers was a promised “negro’ or several, a colonel “to received three grown negroes and one small negro; Major to receive three grown negroes” and on down to privates, who were to receive “one grown negro.”

Sumter’s Law also sanctioned pillaging, plundering and looting to supply the troops. Greene had preached against looting and plundering, but reluctantly agreed it was necessary in the dire circumstances of war.

Greene died of heatstroke in 1786, just 44 years old. His civilian life had been far from successful or pleasant.

Other authors at the 2-4 p.m. event include M.J. Simms-Maddox, author of the Priscilla Series and a professor at Livingstone College; Jen Guberman, author of the new adult dystopian series, the Eos Dawn Series, who graduated from Gardner-Webb University in December 2017 with a BA in Communications.

Patricia Commander is the author of “Free, My Auto-poetry-ography” and “Love’s Playbook.”

Jody Almond, senior pastor of  Transformation Church in Salisbury, will have his book, “Going All In: Finding Success Through Surrender” and Dr. Terry Donelson, author of Character Blocks.” Donelson is a counselor and teacher.

Also Feb. 29 from 2-3 p.m. for Storyhour at South Main, “Woulda Been” by local author Penny Ledbetter is an illustrated children’s book dealing with grief and remembrance.

This journey is seen through the eyes of Jess, a 10-year-old boy whose Paw has passed away. Every time he sees Paw’s boots, he thinks about him.

Jess thinks about how he woulda been working on the farm, helping to get their new calf, Boots, ready for the county fair. Jess misses him most on his 10th birthday when Paw woulda helped him blow the candles out.

It woulda been Paw’s 78th birthday and Jess and his family decide that they must celebrate it in the best possible way. This is the story of how Jess overcame his grief by learning how to remember and give back, together with the rest of the community.

It is beautifully illustrated by Krystal Smith.