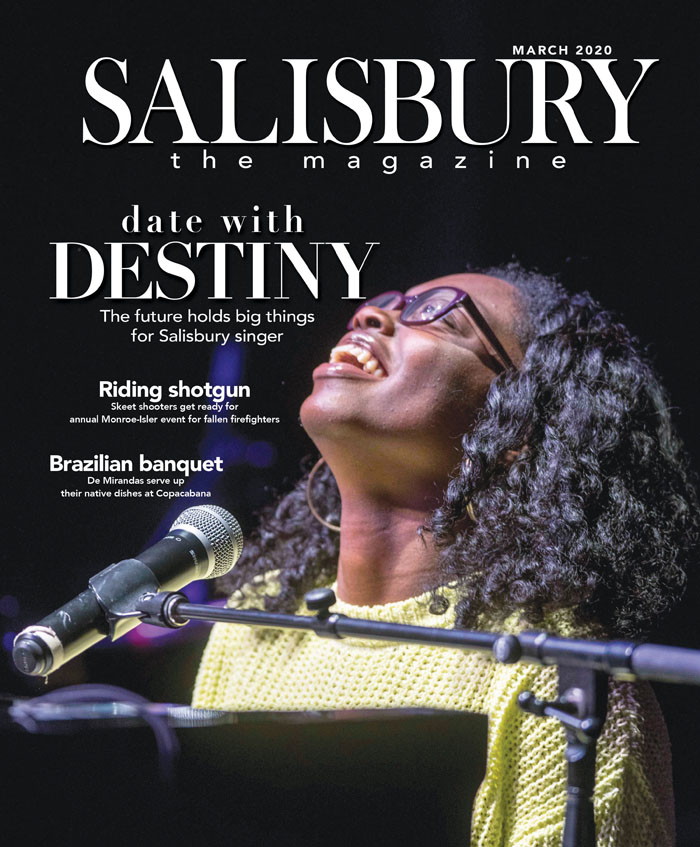 SALISBURY — The March issue of Salisbury the Magazine has reached subscribers and is available at locations throughout Rowan County.

The magazine, a publication of the Salisbury Post, also can be picked up at the Post, 131 W. Innes St.

This edition features Destiny Stone on the cover. Stone, a Catawba College graduate, is making a name for herself as a singer. Meanwhile, the elementary school music teacher also is trying to take a vacant Salisbury house off North Long Street and create The Music House, a place for instruction.

Writer Shavonne Walker and photographer Jon Lakey update readers on all that Stone is doing.

Another feature hangs out with local skeet shooters at the Rowan County Wildlife Association club off Majolica Road, where they are practicing for the March 20-21 Justin Monroe & Vic Isler Memorial Skeet Shoot.

This annual event attracts close to 300 participants and raises money for firefighter scholarships and the N.C. Fallen Firefighters Foundation.

Lakey and Deirdre Parker Smith offer an inside look at The Medicine Shoppe, a longstanding, family-owned pharmacy that has found ways, through things such as its compounding lab, to compete with chain drugstores and bring a holistic approach to its customers.

Contributing writer Maggie Blackwell brings to the March issue a story on Dr. Norman Sloop, who can only be described as a Renaissance man of many talents and interests.

To give you a hint of the perseverance Sloop has shown through his life, it should be noted that he has put up a perfect attendance record at the Salisbury Civitan Club for 54 years.

Many Salisburians already have visited the Brazilian-influenced Copacabana restaurant, which is owned and operated by the experienced Ariltom de Miranda and Lucia Monteiro.

In the March edition, also look for a Q&A with Rowan Original Elsie Bennett, who has made painting barn quilts her passion — and business.

Smith has three reading recommendations in Bookish. Lakey provides an interesting Through the Lens photograph. Emily Lingle provides the artwork for Salisbury’s the Place, and local events are listed in the March calendar.