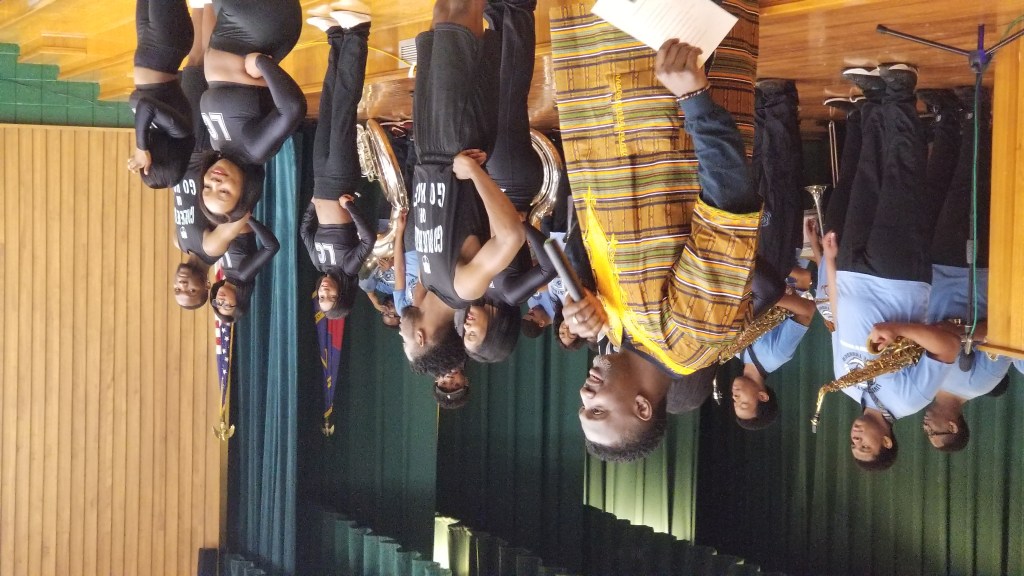 Moore said he does not mean just one race of people; he loves to see people come together and do what they know is right. A nearly two-hour program on Monday afternoon had dancing, singing, a band and history mixed into all the performances.

The program involved a heavy partnership with Livingstone College and featured fraternities and sororities, its marching band, gospel choir and cheerleaders.

The event has been going on for years — at least as long as Moore has been at the school — though, he did not want to take responsibility for it because he didn’t know what kind of Black History Month programs came before him.

“Every year is really good,” Moore said, adding most people want to be part of something great and the school tries to celebrate different cultures and histories all year long.

If kids do not learn about black history from schools, he said, they often never do.

Moore grew up in the eastern part of the state and remembers Ku Klux Klan marches when he was a child. He also remembers his grandparents telling him to fight for the right thing.

The event ended with Livingstone’s Gospel Choir joining the students to sing “Lift Every Voice and Sing” and the band playing as students filed out of the school’s auditorium. The choir had returned from New York and immediately came to the school to take part in the program. They rehearsed on the bus.

Gospel Choir Director Pastor Christopher Gray said he received phone calls from Moore and the president’s office at Livingstone about performing at the event. The choir has been coming to the event for the past few years.

“It’s been fantastic,” Gray said. “The students really enjoy it.”

The marching band had a less dramatic preparation process.

“Luckily, we were not in New York,” said Livingstone Director of Band Anthony Jones.

This is the first time the full pep band has come out to perform, even though Jones has spoken at the school and brought out the drumline before.