Victory 45: Commemorating the 75th anniversary of the end of World War II 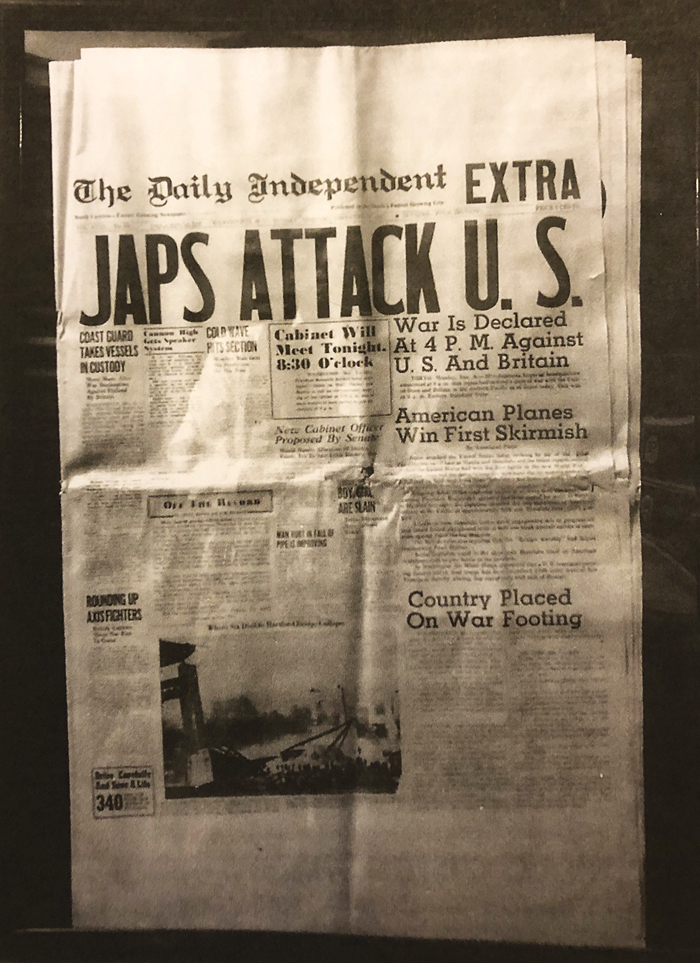 Photo submitted by Rowan Museum - The world changed forever on Dec. 7, 1941, when Japan attacked Pearl Harbor in Hawaii. Within four days, the U.S. declared war on Japan and Nazi Germany. This photo is submitted as part of the museum's Victory 45 observance of the end of World War II in 1945.

Rowan Museum and Rowan Public Library are hosting a six-month campaign of lectures and events to commemorate the 75th anniversary of the end of World War II called “Victory 45!” to raise awareness of about the massive sacrifices made by our ancestors between 1941-1945.