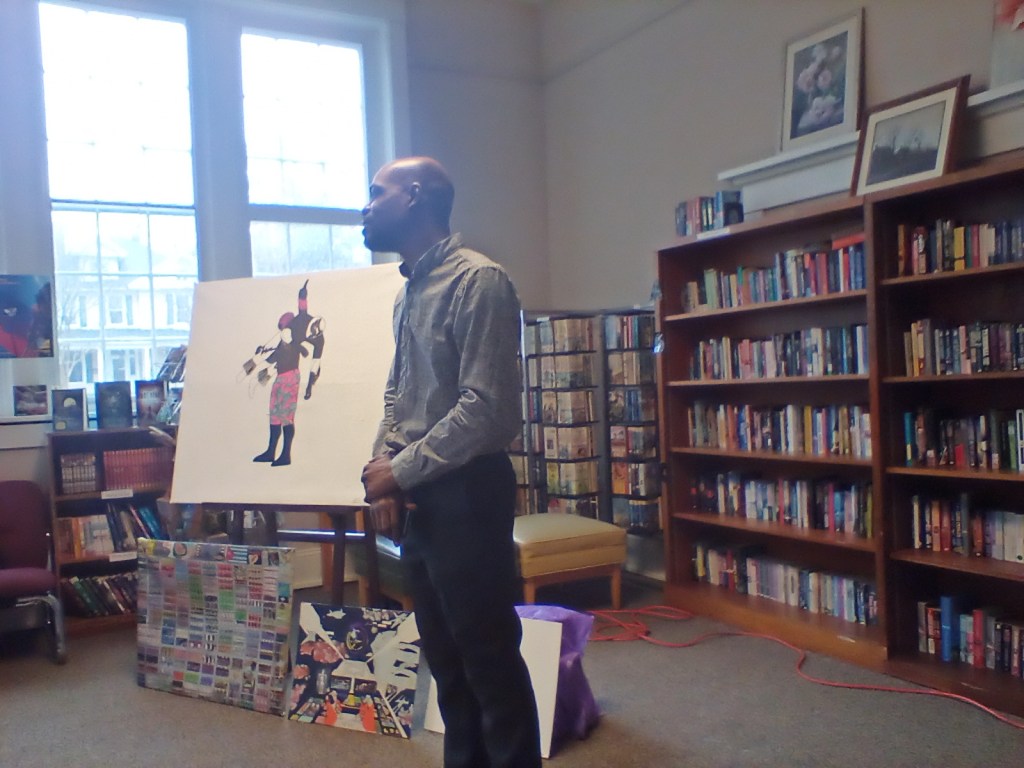 Photo submitted – Jae Wheeler speaking to North Rowan High School students about his art. Wheeler spent a decade in Mexico teaching English before coming back to the U.S. and dedicating himself to his art again.

SPENCER – North Rowan High School art and drama students had the chance to sit down with local artist Jae Wheeler on Feb. 11 in the latest program in Spencer Public Library’s speaker series.

Students were taken on a tour of the library before settling in the presentation room. Wheeler opened his program with some hip-hop and asked the students some pop culture questions before diving into his life story.

Wheeler shared his regret for not pursuing his artistic talent after he finished high school. He spent a decade in Mexico teaching English and perfecting his Spanish before deciding to return to art.

Wheeler shared his desire to be original and take a different approach. Mr. T, Rev. Martin Luther King Jr. and Ray Charles were some figures in black history that he referenced as characters he would like to portray.

Wheeler shared some personal struggles he had during high school. He encouraged students to follow their passion even though they might choose to study a different subject.

Students got to ask questions and show wheeler their sketchbooks and photos of art. The students were divided into two smaller groups, and Wheeler spent his time going back and forth between the two lunch rooms. After lunch, the group reconvened and Wheeler put his singing talents on display with a love song in Spanish.