East Spencer’s Alisa Russell continues to be inspired, inspire others 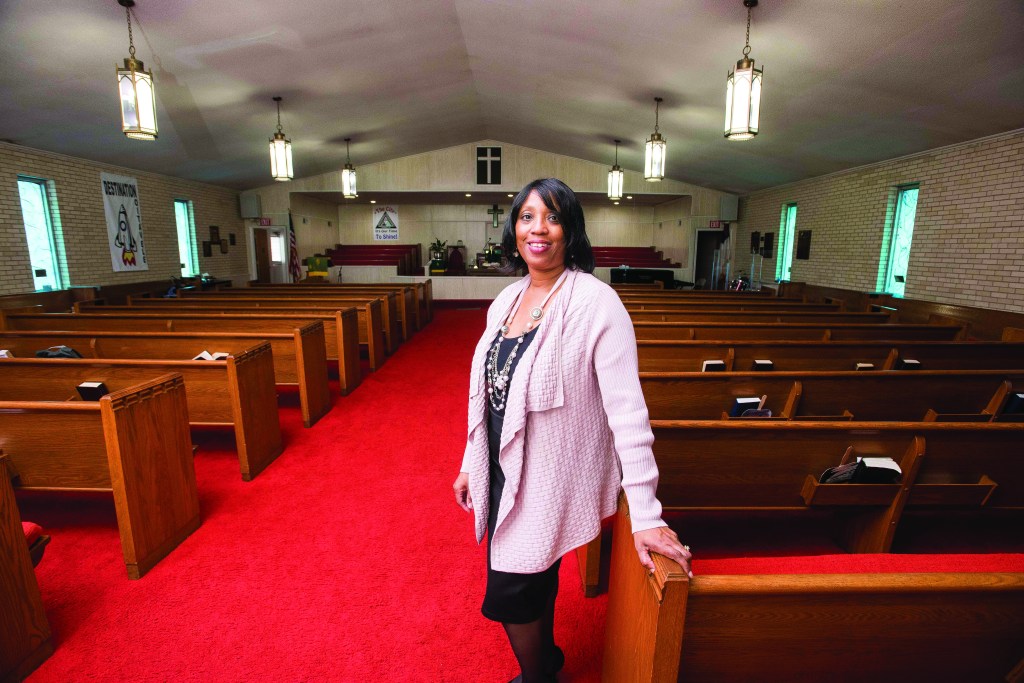 JON C. LAKEY/SALISBURY POST Alisa Russell is to be awarded the Legacy of a Leader Award that is awarded to members of Southern City AME Zion Church in East Spencer. Russell was chosen for the award because of her work within the church and community. East Spencer,North Carolina,2/19/20.

EAST SPENCER — Alisa Russell has lived her life like the poem, “The Dash,” which highlights living a life of purpose in the space between birth and death.

She’s been inspired by many and hopes that she is inspiring others.

Russell, a resident of East Spencer, is being honored this weekend during the “Legacy of a Leader” program held at Southern City Tabernacle AME Zion Church. The program has a longstanding tradition of recognizing someone for their service to the church and the community.

Russell, who was born in Salisbury, moved to Ohio, was raised in Pennsylvania and returned to her home county. She is the director of clinical services at Community Specialized Services, Inc., a position she has held since 2004.

In the community, Russell since 2013 has helped with the North Rowan High School Athletic Booster Club, where she currently serves as the booster club treasurer.

Russell said she was shocked and humbled when she learned that she was being recognized. She didn’t anticipate being named among the other notable past recipients, who include former East Spencer Mayor John L. Rustin and longtime pillar of the community Essie Mae Kiser Foxx.

Russell said the award, to her, means having a lasting impression.

“Any work I’ve done and time I’ve given, I did my best and been a positive influence on others,” Russell said.

Growing up, Russell always believed she’d become a surgical nurse, but it wasn’t in the cards for her. She was fascinated by the profession. When she went to school, she wanted to be in a career that allowed her to help others because it’s what she’d seen growing up.

Her grandmother was a big influence on her life as well as her mother and aunts.

“Between my mom and grandmother, watching those people give back, I just knew I wanted to help people,” Russell said.

The women in her life are inspire her, Russell said.

Her grandmother, who was married for a long time, inspired Russell when she was fairly new in her marriage. She said her mother and grandmother treated their husbands like kings.

She’s also been inspired by her former coaches, Cecelia Reardon and Chris Houck, both of whom required 110% effort and supported her. Russell said her former supervisor, Esther Winters, was also an inspiration to her.

When her daughter graduated from North Rowan in 2017, Russell continued to be involved at the school and make connections with the students. She frequently introduces herself. Upon meeting students for the first time, Russell said, she inquires  what their post-graduate plans are and whether they’ve taken the SATs. She’s also helped some find SAT practice sessions or college scholarships, some through her sorority Alpha Kappa Alpha Sorority Inc.

She’s a big sports fan and, if a student asks for her support, Russell said she makes time in her schedule to attend their sporting events. Russell said her husband is supportive of the volunteer work she does and sometimes he winds up assisting her.

Russell said she feels as though a leader is someone who is willing to do what’s needed to get a good outcome. She added that, as a supervisor, she never expects her staff to do what she wouldn’t do.

The adage that Russell lives by and what she’d tell her children: “Don’t stop until your good is better and your better is your best.”