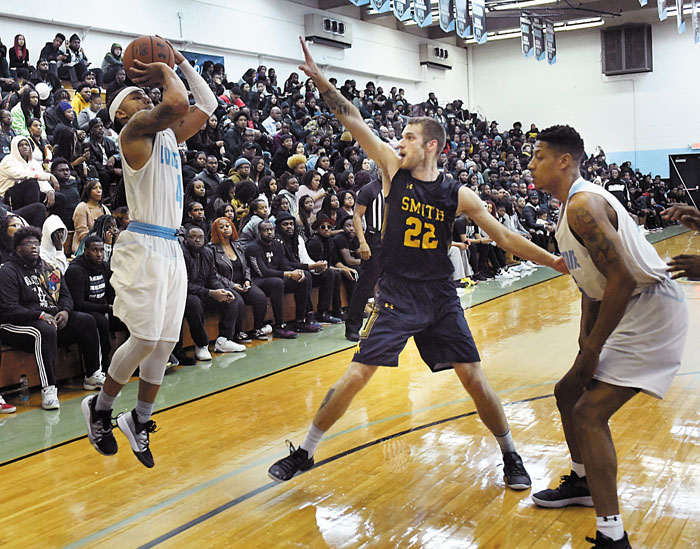 Ray, playing his last home game on the court where he became Livingstone’s all-time leading scorer, scored 25 points in the loss. He made 8-of-15 shots from the floor, including 3-of-5 from the 3-point arc. He also sank 6-of-7 free throws.

Claflin raced out to an 18-point lead (33-15) in the first half and coach James Stinson’s Blue Bears spent the rest of the contest in catch-up mode.

Claflin then led by 14 points (72-58) with 4:21 left, before Livingstone went on a furious rally. Behind Ray and Lydell Elmore, the Blue Bears outscored the visitors the rest of the way, 20-13, but they still came up short.

Elmore followed Ray in the LC scoring with 15 points, while Martel Handley added 10.

NOTE: Livingstone returns to action on Saturday for its regular-season finale — at Winston-Salem State (2 p.m.). … The CIAA Tournament begins next week in Charlotte.