Her legislative assistant Rhonda Todd wrote on the website caringbridge.org that Johnson had suffered multiple strokes and was battling cancer. 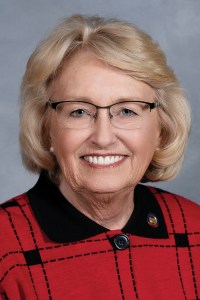 Johnson served 19 years in the House and was one of its most powerful members, serving as senior appropriations chair and co-chair of the joint education oversight committee at the time of her death. She represented House District 82, which is contained within the boundaries of Cabarrus County and covers a swath of Kannapolis.

In December, Johnson said she would not to seek re-election, saying she was proud to have been a leader in the state’s efforts to partner with billionaire businessman David Murdock to grow the N.C. Research Campus.

“It is a great example of what can be accomplished if we all put our egos aside and work together for what is best for our constituents and our state,” she said in a news release at the time.

Speaker of the House Tim Moore released a statement Tuesday night saying Johnson had a “beloved and infectious spirit that resonated throughout the North Carolina General Assembly.”

“The tragic news of her passing is a terrible loss for our legislative community, her family and the people she served in Cabarrus County,” Moore said.  “I know I speak for all my colleagues that she represented the very best of North Carolina and will always be remembered for her kind nature and powerful voice for public schools.”

Johnson, who had a background as a computer analyst, was a Kannapolis City School Board member for eight years.

Johnson’s death drew other kind statements from others with whom she interacted her during her time in the legislature, including Gov. Roy Cooper, who said that she served the state with honor and distinction.

Arrangements for Johnson were pending Tuesday night. Cabarrus County Republicans who live in Johnson’s district will choose her replacement.