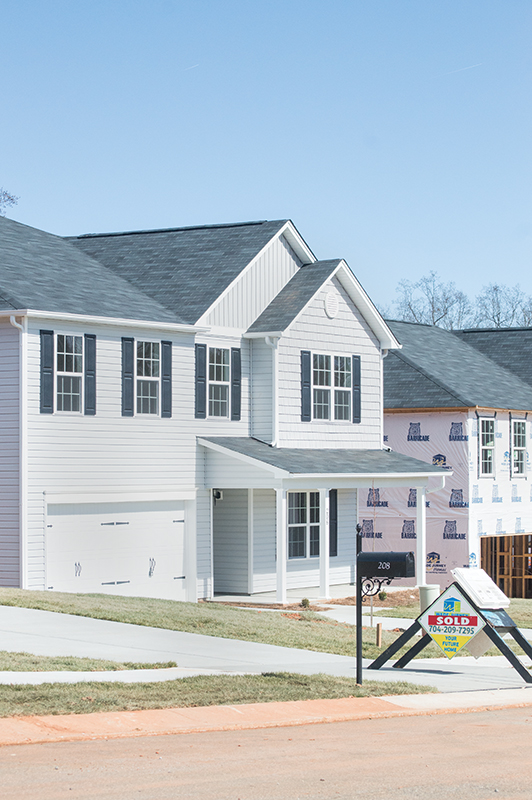 Salisbury Post file photo - Houses under construction off of N.C. 152 in China Grove.

Josh Bergeron: If Concord wants a break, developers should look to southern Rowan

Imagine living in a county where the board of education strains to keep up with the deluge of incoming students and families, the population of the county and largest city grow by nearly 19% in 10 years and because of that growth the county government budget increases by more than $75 million in roughly the same period.

What if residents of that county wanted it to stop, or at least to slow down?

In one part of Cabarrus County, that’s exactly what’s happening.

The Independent-Tribune last week reported west Concord residents have amassed 1,300 signatures on a petition asking for a slow down in development (By Saturday, the number topped 1,500). More specifically, the petition asks the city of Concord to halt multi-family residential developments and all projects with more than 10 lots proposed west of Interstate 85. The Concord newspaper interviewed people who said the goal wasn’t to permanently stop development, but that it wasn’t reasonable for the city to continue to say “yes” to new things when it can’t support what’s already approved.

Importantly, a very small of Concord’s total area sits to the west of I-85. But even if Concord implements a moratorium at some date in the future, thousands of homes are already approved and 25 developments are proposed, approved or currently active in an area that feeds into three elementary schools, the Independent Tribune reported. Those could be affected.

If Concord wants to slow down growth in an area primed for it, Rowan County will take what our southern neighbor doesn’t want.

Here, schools have plenty of capacity, land is cheaper, readily available and property tax rates are lower. A couple thousand homes could have a profoundly positive effect on the county.

Excluding any property tax breaks, developers in Cabarrus County will face a rate of 74 cents per $100 in valuation, while Rowan’s rate is 65.75 cents per $100. That also doesn’t count the city of Concord’s taxes. While the rate doesn’t put Cabarrus among the highest in the state, it’s higher than most surrounding counties, according to data maintained by the N.C. Association of County Commissioners.

The commute is longer to Charlotte for those in Rowan, but home prices are more affordable here and the county offers a nice mix of rural spaces, including a lake that hasn’t felt the pressure of commercial development, and urban places. Instead of an overcrowded school district where redistricting in the most populated areas can occur two times in one year, students here will enter a district in Rowan-Salisbury Schools that’s boldy moving away from an outdated model of education. Parents shouldn’t presuppose that better letter grades in the state’s annual ranking of schools are the product of innovative teaching methods rather than students from higher-income families.

It helps, too, that I-85 was recently widened and given a new exit at Old Beatty Ford Road. That’s compared to I-77, where toll lanes mean motorists pay to avoid traffic. Here, the interstate added two lanes in each direction and they’re free for anyone who wants to use them.

Local folks may eventually react similarly to those in western Concord, but smart and sustained development, if the people moving here have children, means small community schools stay open and that aging facilities can be replaced. A portion of those students will stay local and attend Catawba, Livingstone and Rowan-Cabarrus Community college. It means government can use tax revenue to invest in new and expanded services. It also means new employers and added amenities like shops and restaurants.

To be clear, public officials must ensure that development preserves rural spaces for locals to enjoy, but that task is easily accomplished through good planning and zoning rules.

Rowan County’s leaders have predicted for decades that growth would eventually spill over the county’s boundaries from Charlotte. To some extent that’s occurring, with developments popping up around the county and some significant business announcements. For additional developers to look here, maybe they need to be told they’re not welcome in a community where they’re currently building. Southern Rowan is a good landing spot for developers if Concord is ready to press pause.

Quotes of the week: ‘Not us’

“This happens to other people, but not us” — Mike Brown, whose home was damaged by high winds and a... read more