In addition to serving as the Post’s publisher, Carr will also oversee all operations of the Stanly News and Press, Davie County Enterprise-Record and Clemmons Courier. He fills a position previously held by Anderson, who has been the Post’s publisher since 2006. He has known Carr for more than 20 years.

Anderson left the Post this month to manage a series of special projects for Boone Newspapers Inc, of which the Post and the News-Herald are affiliates.

“I’ve been visiting Salisbury for more than a decade and have gotten to know many people here at the Salisbury Post. My family is very fond of this area, and being able to have the opportunity to work here is appealing both because of the great community and that it will help bring my family closer together,” said Carr, who has a daughter in South Carolina. “It’s a unique thing for me to be able to follow in Greg’s footsteps, someone I have known and worked with for so many years and who has been a career-long mentor.” 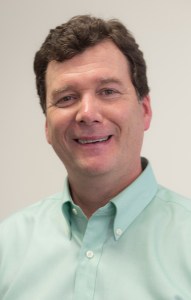 He said community newspapers are the most exciting and interesting part of the news industry.

“We want to be the best source for information that happens in your neighborhood, town and schools,” Carr said. “Small community organizations like ours also can provide the best local coverage while giving business marketing platforms and technology they didn’t think they could access only a few years ago.”

Anderson said he’s pleased to have worked at the Post and with the talented and dedicated employees of “one of the finest community newspapers in the country.”

“I am thrilled John Carr will take over for me. John is one of my best friends. He is a strategic, energetic and smart newspaper leader,” Anderson said. “John will be a fixture in the community soon.”

Carr has started his work in Salisbury and is in the process of transitioning the Suffolk News-Herald to its new publisher, Betty Ramsey. He and his wife, Ive, are working to relocating to the Salisbury area.

Boone Newspapers Senior Vice President Steve Stewart said Carr is “an experienced and gifted newspaper publisher who will build on the excellent foundation” laid by Anderson.

“John understands and delivers on our newspaper’s core purposes of serving readers with first-rate local news content and providing effective marketing solutions for small businesses in the community,” said Stewart, whose responsibilities include newspapers in North Carolina, Virginia and Kentucky. “He has big shoes to fill in succeeding Greg, whose service to the Post and the Salisbury community for the past 13 years is deeply appreciated.”