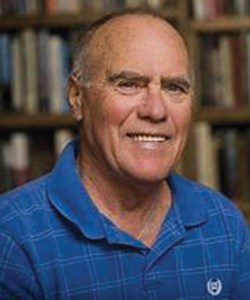 The morning’s ride on the stationary bike was damp and chilly this mid-February morning. However, what I saw in the world of birds on and around the feeders in our back yard confirmed a suspicion of mine formed last week.

Riding along, I saw more than one bird fussing with another, and not for the sunflower seeds in the feeders and on the ground underneath them. It seemed that everywhere in the back yard birds were glaring at each other or chasing another of the same breed or carrying on in a frenzy of, yes, spring. Perhaps the most dramatic display was by two brown thrashers:

One would chase the other until the chased thrasher turned as if to scold the chaser who retreated a few paces. Then they would individually hunt for seeds, then the chase would begin anew. I finally lost sight of them when they disappeared into one of the large azaleas. The morning ride was easier because I watched the birds instead of the bike odometer, and the time of exercise was past.

However, as I later thought of the birds’ display of early mating, I thought of how the important cycles of the world go on, often without our noticing. We get so captivated by the secular happenings we lose sight of the ageless cycles of life on our only planet. But the words of Solomon should be remembered and appreciated each day: “To everything there is a season.”

The natural world has much to offer. Yes, it is violent and harsh at times. Yes, it is beautiful and refreshing at times. But we are to be its stewards “to dress it and to keep it.” Yet, when we get too obsessed with the secular world we have made, such a the political one, we lose sight and appreciation of the natural world that surrounds us. When we become too self-important, we forget that we are just one of the many creations of His. We are made in His image, yes, but if we allow that fact to “go to our heads” we run the risk of losing sight of our place in the totality of life.

All the birds are doing it—preparing for a new cycle of life. They, like the lily of the field, do what they do. Perhaps if we each got out more, leaving the cell phone in the house, and walk around our block, seeing the world as it is and not as some news channel reports it, we would see that we only have each other, all of us made by Him, who does not make trash.

Dr. Magryta The new and emerging coronavirus concern from Wuhan, China is not likely to play a big part in... read more