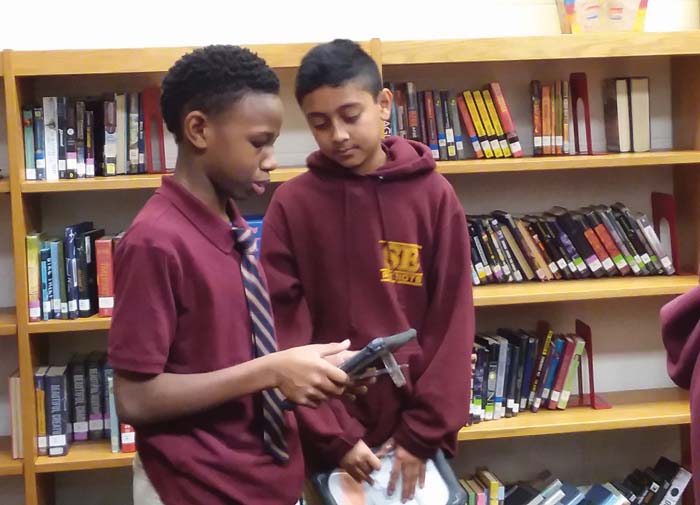 SALISBURY — Let me tell you about my new friend, Believe Jackson.

He is a sixth-grader at Southeast Middle School and future sports announcer with ESPN. I know this because I spent Thursday morning with him and about 250 other students for Career Day.

A few weeks ago Southeast teacher Tara Gardner called looking for a reporter who could spend a few minutes talking with students who had writing aspirations. I quickly said, “I can do it.” As a crime reporter with the Salisbury Post, I can’t say I get into the schools that much, but every so often I get my foot in the door. I take it seriously when I’m asked to speak or help a student fulfill a writing assignment.

The phrase, “each one, teach one,” has been adopted and said by many, but the meaning behind the message is key and it’s one that I strive to implement every day.

I take advantage of every opportunity to answer questions about journalism or writing of any kind. If I’ve learned anything in the 17 years I’ve been a reporter, I’m sharing it.

Stop me if you’ve heard or said this before: I became a (fill in the blank) because someone else inspired me. I am here today because my high school English teacher inspired me to become a journalist. Count me in if there’s any chance to fire the imagination of a student.

The students were asked to create a PowerPoint presentation, dress up and include props of their dream career. I met future anesthesiologists, veterinarians, nail technicians, nurses, doctors, construction managers, dentists and military and law enforcement personnel. There were students in firefighter turnout gear, medical scrubs, Army fatigues and more.

My heart swelled at the three young ladies I met who want to become novelists. These young writers’ excitement for writing was monumental, likely even beyond their own comprehension. The three budding writers even turned the tables on me and asked some really insightful questions.

As I was about to say my goodbyes, a teacher asked if I would meet another student.

Upon meeting him and hearing the different conversations around us, I thought he said his name was Malik.

“No, Believe,” he corrected me.

Here was a name I’ve never heard. Immediately I was intrigued.

“Tell me about your presentation,” I said.

He looked me in the eyes and rattled off facts about becoming a sports announcer.

While listening to this young man articulate his future, I noted the tie he had affixed to his polo shirt. Most people would just see a child with a tie clipped to his school uniform, but I could see a future broadcaster.

I encouraged him to continue watching his favorite announcer — Joe Buck — and study him and other broadcasters. Also I told him that, while English wasn’t exactly his favorite subject, it was in his future if he wanted to become a broadcaster.

I take it as an honor to be a small part of encouraging and cultivating the aspirations of the students. I’m grateful that the school created a space for students to explore their future.

I believe with certainty that many of the students in that media center will become exactly who they want to become. It’s really as simple as the words I heard from Believe Jackson when I misinterpreted his name — No, Believe.