School board looks at new $12.3 million contract for Apple devices 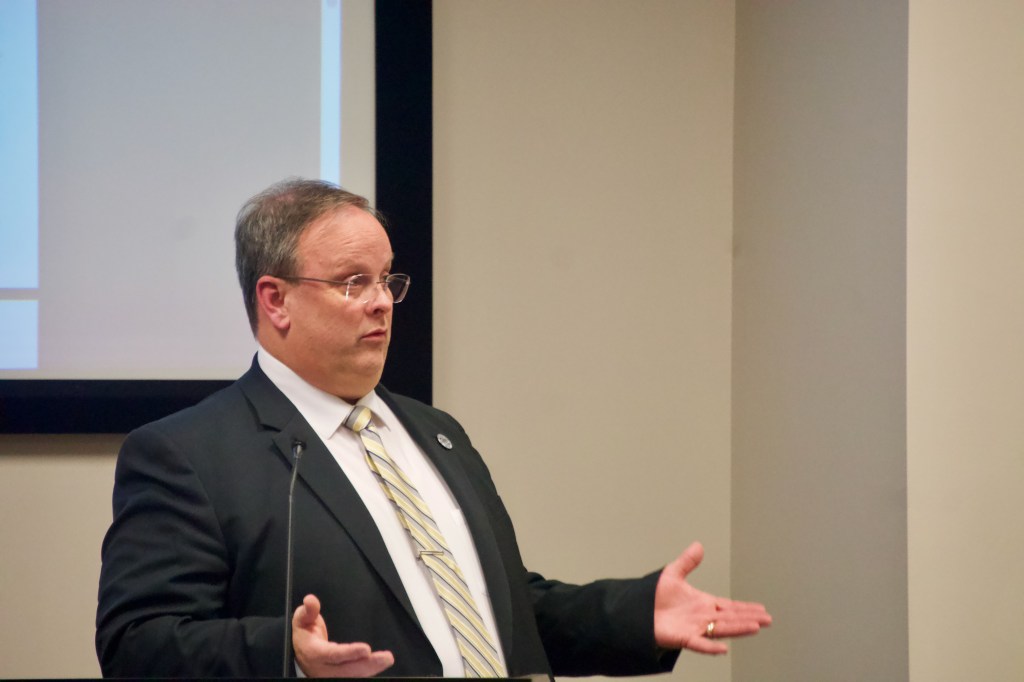 Carl Blankenship/Salisbury Post – CTO David Blattner presenting to the Rowan-Salisbury Schools board. The new technology lease presented to the board is more than $1 million less than the previous three-year lease.

SALISBURY – The Rowan-Salisbury School Board on Monday examined a proposal that would swap out its three-year-old Apple devices being used by administration, faculty and students in classrooms.

A lease agreement quoted for by Apple includes, among other hardware and software, 20,800 iPads for the district. That would provide one of the devices for every student and teacher and phase out the use of MacBook Airs by some of the older students in the district. The $12.3 million agreement would begin another three-year cycle at the end of which the district would own all of the devices. The current lease agreement expires at the end of the current fiscal year.

Board members asked Chief Technology Officer David Blattner about what would happen if the district did not enter a new lease agreement., Blattner said the district would have to continue with the devices it has, noting instructional challenges as problems and failures of devices increase with age.

If the district were to wait a year, it would be able to skip a lease payment. However, Blattner pointed out, waiting could also reduce the resale value of old devices by more than $750,000; the discontinued 11-inch MacBook Airs are estimated to lose 50% of their value after this year. The devices would also not be under warranty, and the loaner devices the district has would not support current software.

The lease he presented to the board included $1.45 million in savings over the last lease agreement the district entered into, which had a cost of $13.8 million.

The move to all iPads for students was the result of an internal study including a pilot program on how teachers and students used them at North Rowan High School. That program found iPads to be effective in the classroom. The district was initially exploring moving away from having devices issued to each student in grades K-2, but teachers felt it would be detrimental to students.

Blattner on Monday also presented a new five-year contract with the multi-national company Sharp for printing services. There was no comparison to the old agreement printer shown, and school board member Dean Hunter asked to see comparisons to the previous contract.

The copier services would require a guaranteed minimum of 10 million black and white copiers per year. Last year, the district made about 10.5 million copies. It would cost 2.02 cents per copy for the first 11 million and 0.84 cents for copies beyond. Color would cost 4.5 cents per copy. Those costs do not include the cost of paper.

The new machines would have a host of new features, including integration with some cloud services: Google Drive, SharePoint and OneDrive.

The proposals for the Apple devices and the printing services will be on the Feb. 24 business meeting agenda.