School board asks for redistricting information for closure of Faith, Enochville elementary schools 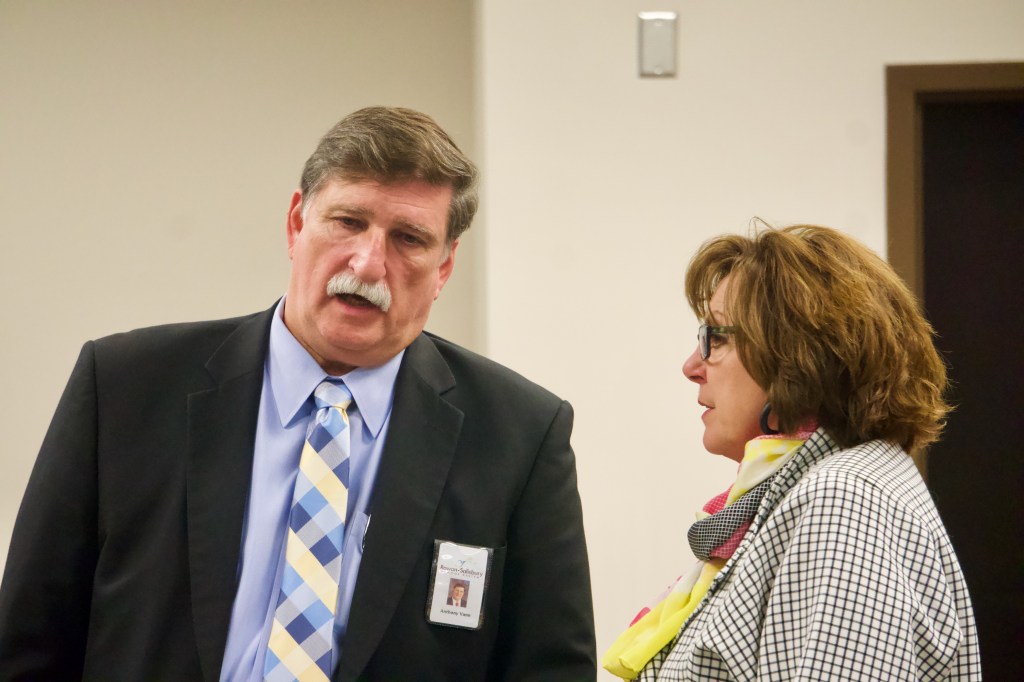 SALISBURY – The Rowan-Salisbury School Board plans to revisit Faith and Enochville elementary schools amid its ongoing closure, consolidation and redistricting talks.

After a suggestion from school board member Travis Allen, the board will revisit effects of redistricting in regard to the possible closure of Enochville and Faith Elementary schools for the 2021-2022 school year. The board will talk further about the matter during one of its business meetings, which occur on the fourth Monday of every month at 5 p.m., but it didn’t pick a specific meeting at which it plans to discuss the matter.

Studies about closures and redistricting ahead of making a final decision or receiving a recommendation from the administration focus primarily on the effect on students were the district to close the schools. Among other things, the board would need to schedule a public hearing and vote on the closure afterward before closing a school.

Allen’s suggestion came after reviewing an updated version of a chart first presented to the board in 2018 at Monday evening’s work session.

“I know it’s a touchy situation, but we’ve talked about this for the five years I’ve been on this board,” Allen said. “And it’s a hard thing to do. I hate to be the one to say it. I’m stumbling over words to even say it eloquently. I have no words to close a community school.”

The chart ranks each elementary school in the district based on the year it was built, a condition score, energy cost per square foot, energy cost per student, capital needs, current capacity and possible enrollment.

Enochville had dropped significantly on the list since the 2018 chart was produced and the board first discussed closing the school in conjunction with Faith Elementary School last year. Among other things, Enochville has lost 100 students, dropping from 384 to 284 students, meaning it serves the fewest students of any elementary school in the district. It serves three fewer students than Mt. Ulla Elementary, which serves 287.

Enochville initially scored one point worse than Mt. Ulla on the initial chart, but the primary building for Mt. Ulla was built in 1994, not 1927 as the chart originally listed, which would bump Mt. Ulla from five points to four, putting it in league with Knollwood, China Grove and Bostian.

Faith and Overton each scored the worst, with seven points, but Overton is currently set to be demolished as part of a new K-8 school that would combine it and Knox Middle School

Granite Quarry Elementary, which scored next to last on the 2018 version of the chart, had improved significantly on the latest version. Board member Dean Hunter pointed out that the school had lost two of the negative points it received for energy use, which Assistant Superintendent of Operations Anthony Vann said varies due to heating and cooling costs for a year.

The recommendation to begin a formal closure study for Enochville most recently was brought to the board at a meeting on Jan. 27 solely because it serves the fewest students. The district has a surplus of facilities and about 5,000 empty seats in a district that serves about 18,800 students. The district has struggled with school closures for years, though it did consolidate Cleveland and Woodleaf Elementary schools into West Rowan Elementary, which opened in 2019, and is moving forward with the consolidation of Knox and Overton.

If Enochville eventually closes, no one would be out of a job and class sizes would not increase, according to RSS administration. The district is looking at reducing its number of facilities, not staff.

Also at the Jan. 27 meeting, Henderson Independent High School, which serves a small, fluctuating number of older students, was mentioned for possible closure. The administration, however, did not have a recommendation about the facility’s future. At Monday’s meeting, Superintendent Lynn Moody requested an extension to explore alternative high school options ahead of a recommendation.