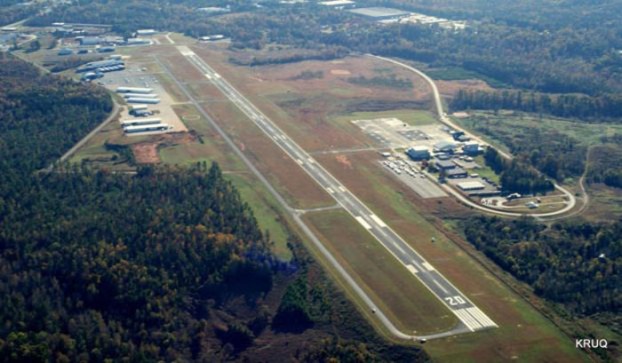 Now, apparently, an extension of the Mid-Carolina Regional Airport’s runway is indefinitely on hold. The county wasn’t able to get approval to try out less stringent environmental regulations that would have only required monitoring of a contaminated site instead of cleanup.

“At this point, we’ve put it behind us,” said Commissioners Chairman Greg Edds.

The extension — from a 5,500-foot runway to 6,000 feet — for years had been a top priority at the county-owned airport because of the possibility that it would result in more and larger planes landing at the facility.

Paperwork and a restructuring within the Federal Aviation Administration initially delayed the project. Then, the idea that a northbound extension would be cheaper than a southbound one was dashed in 2015 by the reality that it would cost $24 million. A Charlotte consultant at the time said “there is no way that I can imagine that the project could be justified.”

So, in 2017 and after some changed environmental rules, the county looked back to the South, where there are buildings and a road. Even those obstacles were thought to be more manageable than a $24 million project.

But in a little more than two years since county government looked back south, there’s been no progress. So, a natural question was whether the county was still actively seeking funding or advocating for the project. The answer, says Airport Director Valerie Steele ist that “the runway extension is no longer listed as part of the Transportation Improvement Program for the airport.” In fact, Steele said she doesn’t anticipate a runway extension being completed in the future at all.

Edds expressed similar sentiments, saying the runway extension project would only arise as a major priority if the county’s engineering firm for the airport says it’s possible.

“There’s other things that we can be doing that are more likely, at this point, to happen,” he said.

So, what’s next for the facility that commissioners have viewed as an economic development engine for the county? With international airports in Charlotte and Greensboro as well as commercial passenger flights in Concord, it looks unlikely that Rowan County’s airport can make the same a reality here.

Instead, Steele said, the biggest current project, is taxiway resurfacing that should begin in the spring. The most significant future project is building a parallel taxiway on the west side of the airport — the same side as the National Guard facilities — and build a terminal building there, too. The existing terminal building could become offices for businesses, Edds said. But the new terminal and taxiway are far in the future “after I’m gone from the board,” Edds said.

“There’s nothing that moves slower than airport projects of that magnitude,” he said.

County commissioners are currently focused on making the facility more visually appealing. Look for the county to also set its sights on adding more hangar space as it has the money and the interest, too. It seems more likely than not commissioners will want to lure corporate jets to town rather than build T-hangars for small, personal planes.

The Mid-Carolina Regional Airport can still be an engine for economic growth. At least for the foreseeable future, however, that growth will be more of what we’ve already seen — some corporate jets, a number of personal planes and hobbyists as well as public safety-type uses such as the Highway Patrol and housing helicopters that transport severely injured patients.

If residential or commercial developments pop up around Salisbury’s southern outskirts, where the airport sits, the runway extension may be shelved permanently. Then, it won’t only be a matter of cost and/or environmental management, the commission will also have to more seriously consider private property rights.

In voting to acquit the president on both articles of impeachment, Sens. Richard Burr and Thom Tillis have violated their... read more