Ann Farabee: Should we pray? 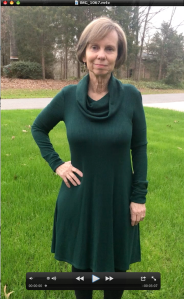 View the video at https://www.youtube.com/watch?v=air0F4IQKUc

Ask Hezekiah. He was near death. With his face turned to the wall, he prayed. He asked God to remember him. He wept. The Lord responded that he had heard his prayer. He had seen his tears. He would heal him. God gave him 15 more years.

Ask Hannah. She had not been able to bear a child. She became discouraged. At the depth of bitterness in her soul, she prayed to the Lord. She wept. God answered her prayer. She gave birth to a son.

Ask Moses. His prayer was to see God’s glory. He was allowed to see God’s ‘back parts’ as the Lord passed by. When Moses came down the mountain, his face was still shining, because he had been in the presence of God.

Ask Jairus. He saw Jesus passing by, fell at his feet, and urgently begged, “My little daughter lies at the point of death. I pray thee, come and lay hands on her, that she may be healed, and she shall live.” Jesus went. Word came that the daughter was dead. Jesus said, “Be not afraid. Only believe.” Jesus took the girl by the hand and told her to arise. She got up and walked.

Ask Peter. He was in prison. The church was praying for him without ceasing. Peter was bound with chains. He slept between two soldiers. The keepers of the door were on watch. The angel of the Lord came, shined a light in the prison, and told Peter to arise. His chains fell off his hands. The angel told him to get his shoes on, cast his garment about him, and follow me. They went past the guards – and the gate opened by itself!

Ask the thief on the cross. As the dying thief looked at Jesus on the cross beside him, he asked, “Lord, remember me when you come into your kingdom.” Jesus did.

*Mark 11:24 – Whatever you ask for in prayer, believe that you have received it, and it will be yours.

Why wouldn’t we pray?

*Ask Ann – to pray for you. I would love to add you to my prayer list.