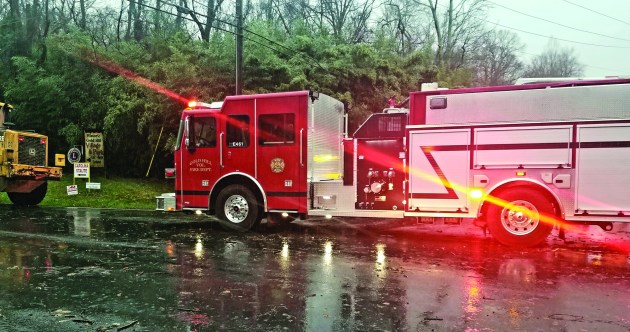 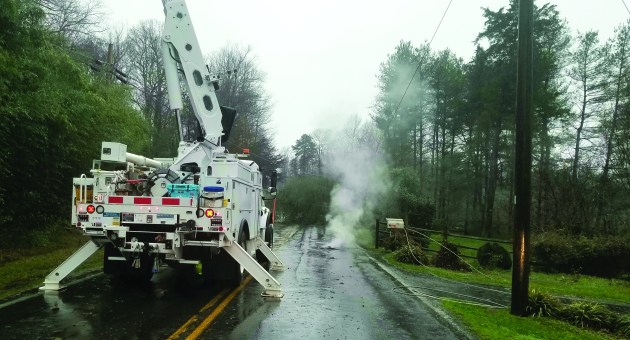 Carl Blankenship/Salisbury Post - Duke Energy was on site repairing power lines on St. Stephens Church Road in Gold Hill, near the Rowan-Cabarrus border. A tree is was also blocking the road. 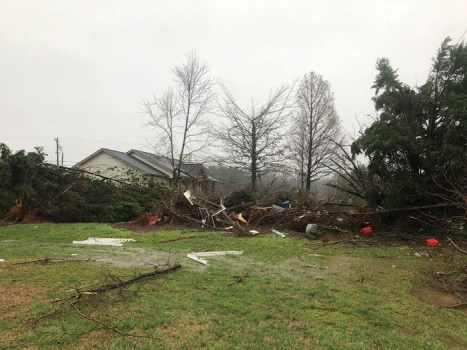 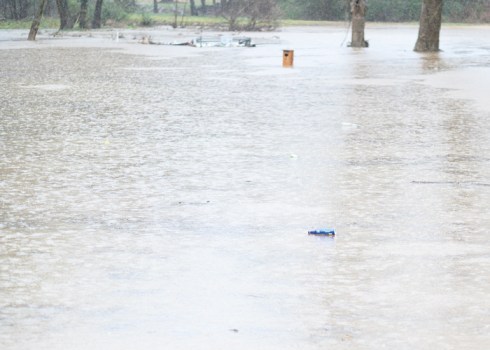 By Natalie Anderson and Carl Blankenship

SALISBURY – No one was hurt. There were just some hurt feelings, said Kannapolis homeowner Mike Brown

“This happens to other people, but not us,” Brown said.

Brown, who lives near the intersection of Old Concord Road and Goldfish Road in Kannapolis, is one of several whose homes took damage following high winds and nearby tornadoes. Sheet rock in his home fell down and the home was full of standing water. The family planned to stay at a local hotel.

His daughters said they ran to take shelter in the home while Brown battled the force of the wind to close the doors.

Nearby, Irish Potato Road was littered with downed trees and power lines.

One of Brown’s neighbors, Amanda Boan, said she was at work when a friend sent her photos of Boan’s damaged home. She said her trailer had been thrust onto the road in front of her house.

Boan said water leaked into her home from the roof, resulting in minor water damage on the walls and ceilings. Several windows in her home, dining room and kitchen shattered, leaving glass throughout the home.

Next door, Kannapolis resident Rebecca Fitzpatrick was at work when she noticed the storm from a camera at the front of the house. Fitzpatrick said her daughter went to stay with a friend because she didn’t want her to see the damage the home took from the storm.

Boan and Fitzpatrick along with others along Old Concord Road in the Kannapolis area placed tarps on their homes, too, after receiving roof damage.

As locals assessed damages, others nearby delivered bottles of water and sandwiches to the families who had been affected, almost causing Boan to cry.

Some areas of Rowan County received more than 4 inches of rain by Thursday afternoon and that caused creeks to swell, fields to turn into ponds and scattered road closures because of flooding.

The exact location and path of the second tornado, in southeastern Rowan County, was not clear.

The Gold Hill Volunteer Fire Department was helping with traffic control on St. Stephens Church Road where a downed tree was blocking the roadway and Duke Energy workers were on site repairing power lines.

“We aren’t sure what went through here,” said Gold Hill VFD Deputy Chief Randy Earnhardt. “I know some high winds took a couple trees down.”

“If an agency needs resources we’re working to coordinating those resources,” Soliz said, adding he had been in touch with Rowan-Salisbury Schools, the city of Salisbury and American Red Cross to coordinate information.

RSS dismissed early on Thursday, but had to hold a number of buses at schools until a tornado warning was lifted. The decision to release students early was made at about 8 a.m., with the call going out to parents and guardians a half hour later. Buses traveling during during the warning were directed to report to the nearest school.

“We realize that sometimes can be an inconvenience, but we aways err on the side of caution,” said RSS Public Information Officer Rita Foil. “Sometimes hindsight is 2020, but we always do what we have to do.”

Public transit in the city of Salisbury also ceased operation. Buses were instructed to report to the Salisbury Civic Center with passengers.