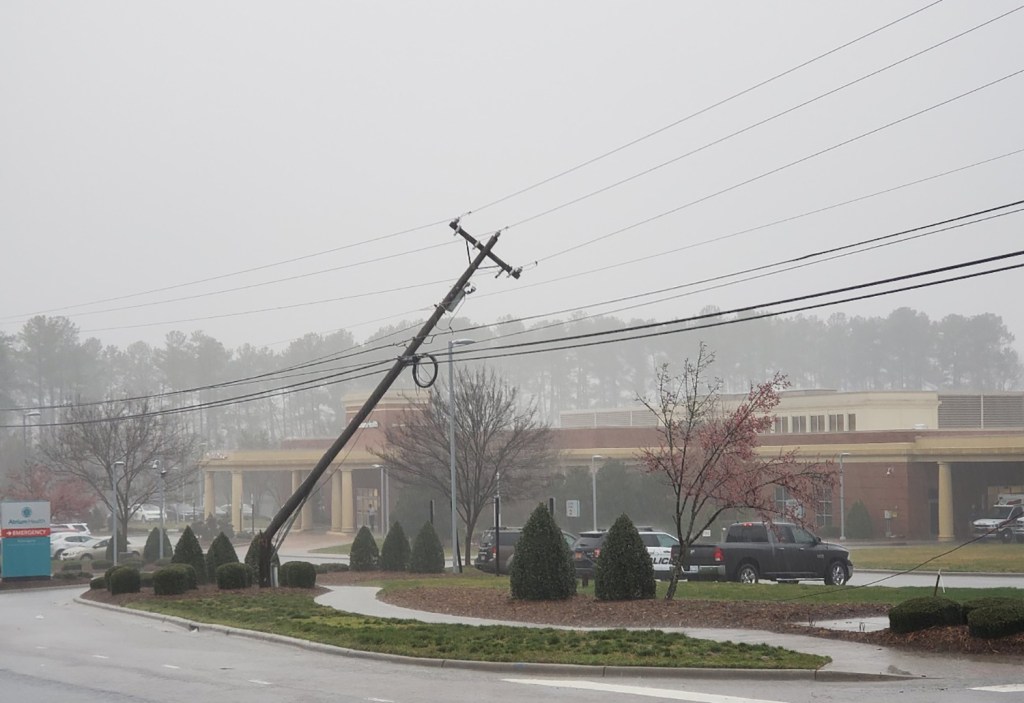 Photo provided by city of Kannapolis - This image, taken in front of Atrium Health on Lane Street, is in the area where a tornado reportedly touched down.

A tornado has touched down near Lane Street and the Interstate 85 exit in Kannapolis.

No injuries have been reported so far, but power lines are down and some minimal property damage has been reported. Some debris and flooding has accumulated on the streets.

The tornado warning for Rowan and Cabarrus counties has expired, according to Rowan County Weather.

Initial reports are that most of the damage associated with the storm is outside of the Kannapolis city limits, said Kannapolis Director of Communications and Marketing Annette Privette Keller.

The National Weather Service also said a tornado touched down southeast of Rockwell, just shy of the Cabarrus County line. It’s unclear the extent of damage associated with that incident.

Rowan-Salisbury schools prepared to release students at 11:30 a.m. but held buses at the schools until the tornado warning was lifted. Buses in transit were instructed to report to the nearest school building.

The decision to release students early was made at about 8 a.m., with the call going out to parents and guardians about half an hour later.

Public transit in the City of Salisbury also ceased operation. Buses were instructed to report to the Salisbury Civic Center with passengers.

Rowan Emergency Services Chief Chris Soliz said there is flooding in typical areas and his department is monitoring weather conditions in the area.

“If an agency needs resources we’re working to coordinating those resources,” Soliz said, adding he has been in touch with RSS, the city and American Red Cross to coordinate information.

Rowan remains under a flash food watch until midnight, with potential wind gusts up to 60 mph.