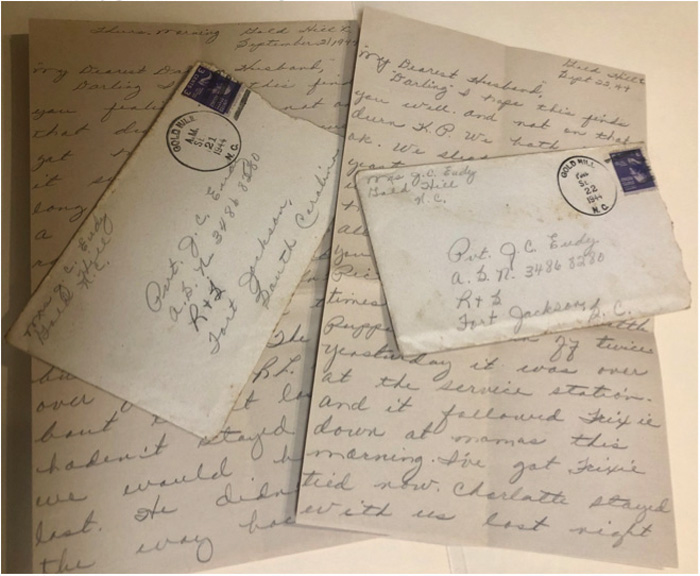 World War II letters are important to preserve, even if they may seem to say nothing at all.

Part of the End of WWII: Victory 45! series of events

The Rowan Museum and Rowan Public Library have allied together to launch a six-month campaign of lectures and events to commemorate the 75th anniversary of the end of World War II called Victory 45!

On Tuesday, the Rowan Museum, 202 N. Main St., will host its History Club meeting featuring Aaron Kepley speaking on World War II letters — and how important they are to preserve, even if they may seem to say nothing at all.

This is the third “Victory 45” program in the eight-month long celebration of the end of World War II in 1945.
Kepley, executive director of Rowan Museum states, “‘Victory 45’ is an exciting way to engage with the local community to learn more about World War II through lectures and sharing local stories. The letters that I will be sharing on Feb. 11 are between family members from Gold Hill. It’s a deeply personal story of a young family struggling to stay close despite the father being absent for two years because of the war.”