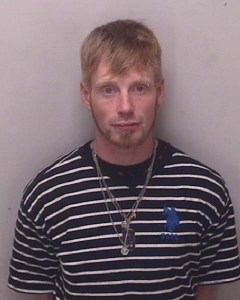 SALISBURY — A Concord man who was pulled over for a traffic violation now faces methamphetamine possession charges, according to a Salisbury Police spokesman. A police K-9 alerted on suspected drugs prior to a search of the vehicle.

Salisbury Police charged Christian Keller Smith, 30, of the 100 block of Brumly Avenue, with felony possession with intent to manufacture, sell/deliver a schedule II drug and misdemeanor possession of drug paraphernalia.

The traffic stop occurred Wednesday just before 4 p.m. in the 300 block of South Long and East Horah streets. The officer stopped the Ford Explorer because the registration plate was expired. The officer had his K-9 walk around the vehicle and the dog alerted, said spokesman Lt. Greg Beam.

Police confirmed there were 5 grams of meth in the vehicle. Smith has since been released from the Rowan County Detention Center under a $2,500 secured bond.