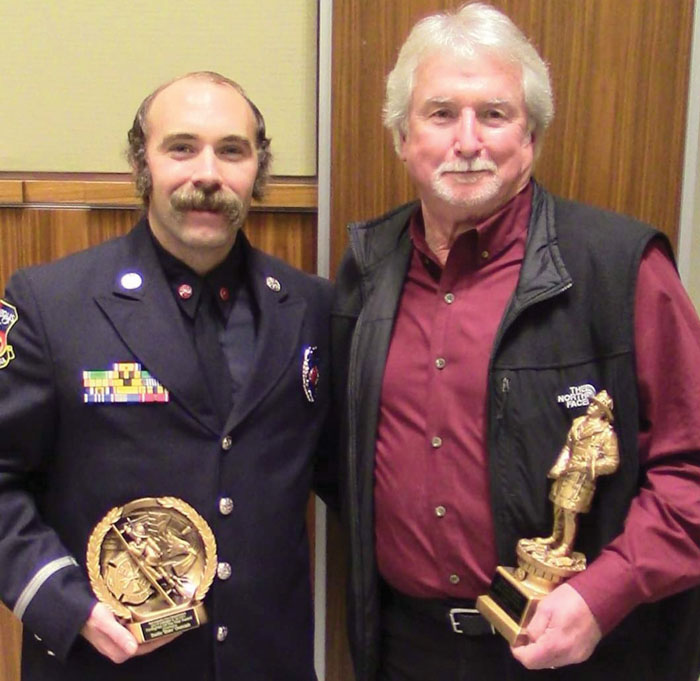 Numerous personnel were honored for their accomplishments in 2019.

These awards are presented annually to firefighters who exhibit exemplary leadership skills, commitment to the department and the community; a high degree of motivation, superior supervisory skills and job knowledge, and personal achievements during the year. Honorees are chosen by their peers for the awards.

Scott retired from the Kannapolis Fire Department in 2007 but has remained a loyal friend and mentor to firefighters. He served the citizens of Kannapolis starting in 1972 as a volunteer and became the first paid assistant chief in 1989.

He has remained actively involved in the fire service by serving as an instructor with the Rowan- Cabarrus Community College’s Fire Science program. He recently fought a long battle with cancer and is now cancer free. He has used his battle to be a proponent for cancer prevention techniques and methods currently being developed for firefighters.

Overcash has been with Kannapolis Fire Department since 2012. He was honored as Firefighter of the Year for his exemplary service, including providing excellent patient care when responding to medical calls including things like feeding a baby at a fire and changing bed sheets for a person in need. He has been instrumental in departmental training, including recruit firefighter training and engineer development.

Kannapolis Fire Chief Rick Barnhardt said, “Both Danny and Blake are examples of our firefighters who go above and beyond for our residents as well as for each other. We are honored to have them as members of the Kannapolis fire family.”