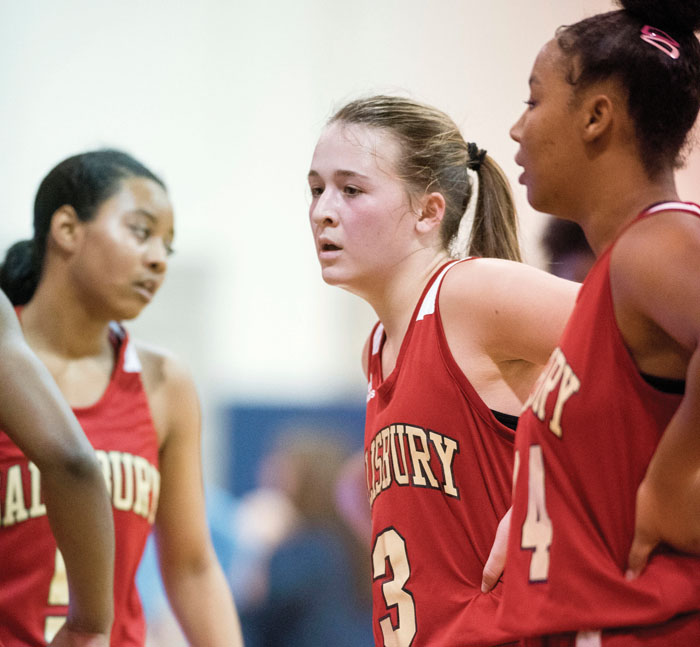 Her Salisbury Hornets didn’t quite reach that objective, but they came close enough. They flattened the Panthers, 57-28, to wrap up their second straight Central Carolina Conference championship and their third in the last four years.

Like a lot of teams that play against Salisbury, Ledford’s offense endured four single-digit quarters. Salisbury has won 11 straight since a Christmas tournament loss to West Rowan and  is allowing 33.8 points per game.

“We did a good job of keeping our intensity up in our man-to-man defense,” Brice said. “And then were able to mix in our press and some traps that caused turnovers.”

With three games to go in the regular season, the Hornets (19-1, 15-0) now lead Ledford and North Davidson, which edged Lexington, by three games. Salisbury plays at last-place East Davidson on Friday.

Salisbury shared the ball well. The team has excellent handlers and passers in veteran Anayia Fulson and freshman Kyla Bryant.

Fulson and Bryant found their teammates for layups. There were strong finishes by Jamecia Huntley, Jaleiah Gibson and Rachel McCullough.

“I had two and-ones, but both were off great passes,” McCullough said. “I just had to make a layup.”

Ledford (15-5, 12-3) did an admirable job of being patient and disciplined and controlling tempo early, but the Panthers couldn’t find any way to score.  It took Salisbury more than two minutes to get its first hoop, but the Hornets still led 10-7 at the end of the first quarter.

McCullough started the game cold. Brice sat her down for a few minutes to watch and catch her breath.

“Sometimes she thinks about her shot too much,” Brice said. “I just reminded to her have fun.”

In the second quarter, McCullough had fun and got hot. She swished three 3-pointers in a hurry as the Hornets’ lead snowballed from 10 to 18 points.

“I’ve been in a little slump,” McCullough said. “Our coaches have told me to stop trying to wish it in and to tell myself it’s going in.”

When McCullough gets on a roll, it changes a lot of things for the Hornets. They can spread defenders out, and a pretty good offense becomes a really good offense.

McCullough scored 15, her biggest game since she had 18 against Thomasville on opening night.

The Hornets made a lot of deep shots in the second quarter, with Bryant and Fulson also connecting from long range. Bryant made the shot that sent the Hornets to halftime with a secure 30-13 lead. As it turned out, they already had enough points to win.

Bryant and Huntley had two buckets each in the third quarter as the Hornets continued to build on their lead.

“We found the open man on offense,” Bryant said. “And even with a big lead, our energy on defense was very good.”

Salisbury reserves got to play quite a bit. The offense slowed down some, but the hustle and defense didn’t stop.

“We know we’re not where we want to be yet and we’ve still got wrinkles to work out,” Brice said. “But when we move the ball and play good defense like that, we’re hard to beat.”