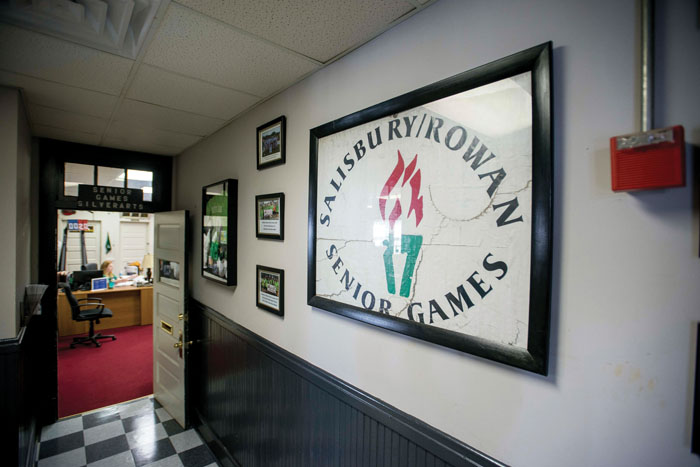 A piece of the original banner that hung over Innes Street and later over Salisbury Avenue in Spencer hangs in a frame in the hall at Ellis Park. Jon C. Lakey/Salisbury Post File Photo

SALISBURY — The Salisbury-Rowan Senior Games and SilverArts have set the schedule for 2020.

The events are open to the general public.

Activities in SilverArts range from crocheting and jewelry to woodworking and baked goods. The SilverArts competition will be March 17-20 with registration deadline of March 1st.

Senior Games will be April 7 – May 21 with registration deadline of April 1st.

Anyone interested in becoming involved in the Senior Games program as a staff member, participant, sponsor or volunteer should contact: Savannah Daniel at 704-216-7780.

The schedule for 2020 events is as follows: