Dennis Davidson: The wait is finally over for Chiefs’ fans 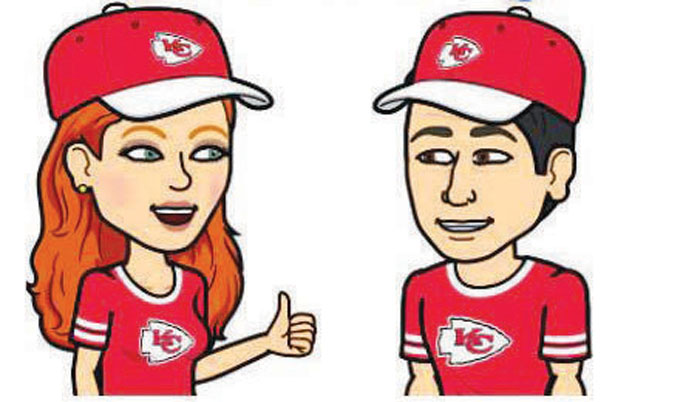 Submitted photo ... For the first time in 50 years, Kansas City Chiefs fans are celebrating the team's trip to the Super Bowl. Dennis Davidson, right, and his daughter, Bethany Hanby, are longtime Chiefs fans.

If you know me well, this isn’t news. If you don’t know me, here’s the scoop: My favorite NFL team is the Kansas City Chiefs, who play the San Francisco 49ers tonight in Super Bowl 54. It’s the Chiefs first appearance in the big game in 50 years.

As a 9-year-old in 1968, I fell in love with most sports, but especially professional football and baseball. I was attracted to the Atlanta Braves because I could listen to them on the radio. Keep in mind, there was no internet and the TV received about six channels.

On the football side of things, I became an AFL fan, because the family TV picked up the Winston-Salem NBC station better than channel 3 out of Charlotte — the home of the NFL games and mainly, the Washington Redskins. The two leagues merged in 1970 for today’s NFL.

During the 1968 season, one in which the New York Jets would go on to win Super Bowl III, I tuned in on a Sunday afternoon and this team, with an arrowhead on its helmets, was playing the Jets. The black-and-white TV kept me from knowing right away that this team, the Chiefs, had red helmets and uniforms. The Jets won the game, but the Chiefs had an 80-yard punt return for touchdown by little Nolan Smith, who was nicknamed “Super Gnat,” because he was 5-5 and 155 pounds.

That TD from “Super Gnat” turned it for me. From that day forward, the Kansas City Chiefs were my team.

I remember watching some of the Chiefs’ games in 1969, but not all were on TV — here anyway. There was no Direct TV, broadcasting every game back then. All three playoff games were televised, however, and I was glued to the set. The third game was Super Bowl IV, and although they were the underdog, the Chiefs beat the Minnesota Vikings, 23-7. Talk about being locked in.

Not all 50 seasons since then are etched in my memory. There were years that my fandom waned because the team lacked talent and/or direction. As I aged, life took over. College, work, dating, marriage, children, dogs, and more work. To be honest, I’m sure there were seasons that I paid them little attention. A losing record didn’t get you on Monday Night Football or national games. I may have checked the standings in the newspaper, but that was about it.

There have been many heart-breaking losses in the playoffs for Chiefs’ since Super Bowl IV, four since the arrival of Andy Reid as coach in 2013. They even blew a 38-10 lead against Indianapolis in the wild-card round in 2014.

But I’ve always been a fan of the NFL and I have watched all the Super Bowls over the years. It’s become a national holiday and I certainly participated. I have friends and family who I helped cheer on their teams in the big game — Steelers, Redskins, Patriots, Panthers — and wondered what it must feel like to see your team on Super Sunday.

The death of Kobe Bryant and his daughter, Gianna, has rocked us all.

Since last Sunday, a lot of men have posted photos of themselves with their daughters, with the hash-tag: girldad.

I’m a #girldad, too. My wife, Toni, and I have three beautiful, grown daughters (Bethany, Katie and Carrie) but only one of them, Bethany, the oldest, is a football fan. And I know why.

A lot of lean years and those heart-breaking playoff were tough and I have to be honest — my fandom waned at times. In fact, when the Carolina Panthers were born in 1993, I wondered if I should change my allegiance. But I just couldn’t. There was Chiefs’ red running through my veins.

And then Bethany came along and made sure that I stayed a Chiefs fan.

Direct TV started its NFL Ticket, showing every single game, about the same time that DJ’s Restaurant opened in Salisbury. It was 1995 and hit DJ’s as many Sundays as possible, to watch the Chiefs.

Obviously, as a 6-year-old, Bethany didn’t understand everything about the game of football. She just wanted to go with Daddy, at first, I think, for the food. The first few times, she sat at the bar with me with a coloring book.

But she soon started paying attention. It’s was all about the Chiefs. Every game, if possible. If I told her that we may not go on a certain Sunday for a reason I don’t remember now, she pitched a fit. “But Daddy, what about the Chiefs?” she would ask.

It didn’t hurt that the Chiefs were 13-3 that season. She was spoiled right away.

The game that sticks out in my mind that season was an October game at Denver. It was a 4 o’clock start and we definitely were going to visit DJ’s to watch the Chiefs, who were off to a 6-1 start.

However, that morning, getting ready for church, Bethany collided with a little desk while playing chase with her 3 year-old sister, Katie. The result was a big gash in Bethany’s shin that required stitches at the hospital. That canceled church for us and anything else on that day’s agenda, I figured.

I was wrong. That was the day the Chiefs became Bethany’s team, not just mine. She used two bar stools that day, one for her heavily-bandaged leg, and we watched our Chiefs beat the Broncos and John Elway, 21-7. Other patrons at DJs patted her on the back for her toughness and dedication.

Unfortunately, the Chiefs broke her heart later that season, turning that 13-3 record and home field advantage into another quick exit from the playoffs.

The years have flown by and Bethany is 30 now, owner of The Faded Farmhouse, a home decor business in downtown Mooresville. Her boyfriend, John, is a K-9 police officer there and they reside in China Grove. She’s now the most loyal Chiefs fan in the family. If I got mad at the Chiefs after playoff losses and temporarily removed the KC logo magnet from my truck, the front plate on her car remained — through thick and thin.

We’ve seen the Chiefs in Charlotte, Atlanta and Nashville, but when it came to going to Arrowhead Stadium for a home game in 2017, Bethany was the driving force behind the trip.

Like me, she’s endured the questions over the years, “why would you be a Chiefs fan?”

Before, the answer to that question was, simply, a bond between a father and daughter. Now, in addition to that, quarterback Patrick Mahomes has changed the landscape for the Chiefs. In his first two years as the starter, Mahomes has been league MVP and now, has his team in the Super Bowl.

So, while I’ve waited 50 years for tonight’s game, Bethany has waited for 24. I’m as happy for her as any of the fans in Chiefs Kingdom, including yours truly.

And while I watched Super Bowl IV, all by myself, on that little black-and-white TV in my parents’ den, I’ll watch tonight with family and friends at Bethany’s house, on a 55-inch smart TV.

Should be 50 years worth of fun.