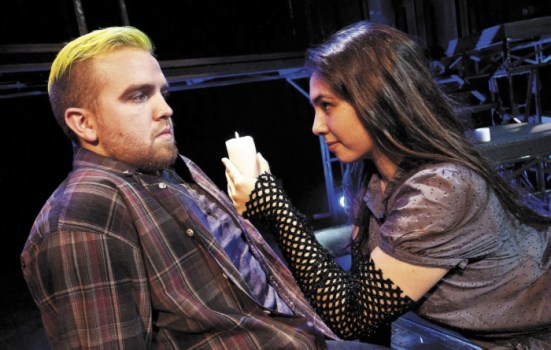 JON C. LAKEY / SALISBURY POST Pen Chance and Larissa Garcia recreate a scene from the musical RENT. The Catawba College Theatre Arts Department and Lee Street theatre are joining together for a dual venue production of the Tony Award-wining rock opera, RENT. The production is co-directed by Beth Homan and Justin Dionne. 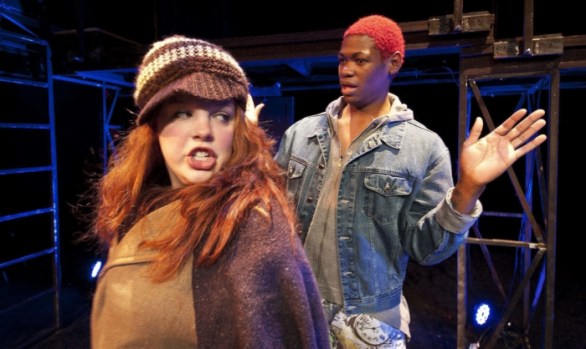 SALISBURY – One of the majors in Catawba College’s theater program will be placed on “hiatus” and not accept new students for the foreseeable future.

The department has received acclaim via the North Carolina Theatre Conference’s 2013 College/University award in 1995 and in 2013. Catawba College has also been ranked on The Princeton Review’s best college theater list in the past, which compiles the 20 best college theater programs in the country.

This week, the college confirmed the bachelor of fine arts in musical theater major will be placed on hiatus. Any student in the program will be able to complete it, but no new students will be accepted.

In a meeting for those in the major last week, which included Provost Constance Rogers-Lowery, students were informed the program would be placed on hiatus. Department Chair Beth Homan asked Rogers-Lowery to attend and discuss change with the students. The Post arranged an interview with Homan, but was later told communication needed to pass through Dean of Students Jared Tice.

Tice said the cause of the reduction was a decrease in enrollment in the theater arts programs at the college, 20.3% since 2014, as well as “budgetary reductions and reallocations across the entire college.”

The hope, Tice said, is to bring it back from hiatus “at the earliest possible time, pending enrollment growth in the other three major programs.”

Elizabeth Lackey, a musical theatre major at Catawba, said she has been optimistic about things changing, but has spoken with other people who are worried about the department.

Lackey said she is concerned about how her degree will look if the school no longer supports the program.

Lackey is still hopeful she can affect the major’s hiatus status.

Brielle Jobe, a junior senator with the college’s longstanding drama club The Blue Masque, said  students were abuzz ahead of last week’s meeting because they had heard the provost was coming, which was unusual. The Blue Masque is also open to non-majors.

Jobe said she is worried about the future of the department and the impact the change could have on the value of her degree.

The college said all of its programs of study are reviewed for trends in enrollment and costs.