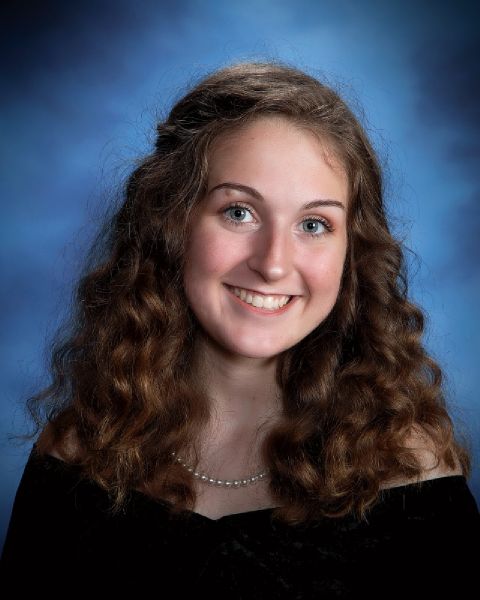 SPENCER – A North Rowan High School student has been awarded $25,000 from a prestigious scholarship association.

Lore wants to go to college to become a math teacher and eventually get a master’s degree in counseling to become a counselor.

Lore already discovered her love of teaching. She started tutoring in middle school, and is a leader at North Rowan.

She is the JROTC Battalion Commander, she runs cross country, plays soccer, is president of the Junior Civitans Club, a Key Club member, is Student Body Secretary and holds down a part time job as well.

Her favorite part of teaching is seeing the moment when someone finally understands something.

When she is not busy with school or working she likes to hang out with her friends, visit the mountains, see places and shop.

She wants to attend college in the mountains as well. Her top pick is Appalachian State University, which is renowned for its Reich College of Education.

“After touring up there I really enjoyed the weather,” Lore said, adding a number of the teachers at NRHS, even her counselor, attended Appalachian.

Lore said she hopes to get involved in some clubs when she starts her college career, and she does not want to be the same person she was in high school by the time she graduates from college, adding she wants to be more worldly and meet new people.

The scholarships are named for Horatio Alger, a 19th century author who was well known for his stories about impoverished youth in a rags-to-riches narratives where they manage to raise their station in the world through hard work and strong character.

Alger, who died in 1899, had a difficult childhood in a poor family but was accepted to Harvard University at 16.

The association “strives to promote the values exemplified in the books of Horatio Alger, Jr. and to honor those who have achieved success by adhering to them.”

“The Association continues to offer young men and women the support and mentorship needed to achieve success in higher education and their professional lives,” Association Executive Director Terrence Giroux said in a press release statement. “The 2020 National Scholars are determined, hardworking individuals who are more than deserving of this honor and recognition.”

Since scholarships began in 1984, more than $180 million has been awarded to more than 27,000 students in the country. The organization will award more than $20 million this year.

The average household income for awardees is $17,625 with a Grade Point Average of 3.84 as well as community involvement.

The students will also visit Washington D.C. in April and meet Horatio Alger Members who fund the scholarships. Some of the members are celebrities.