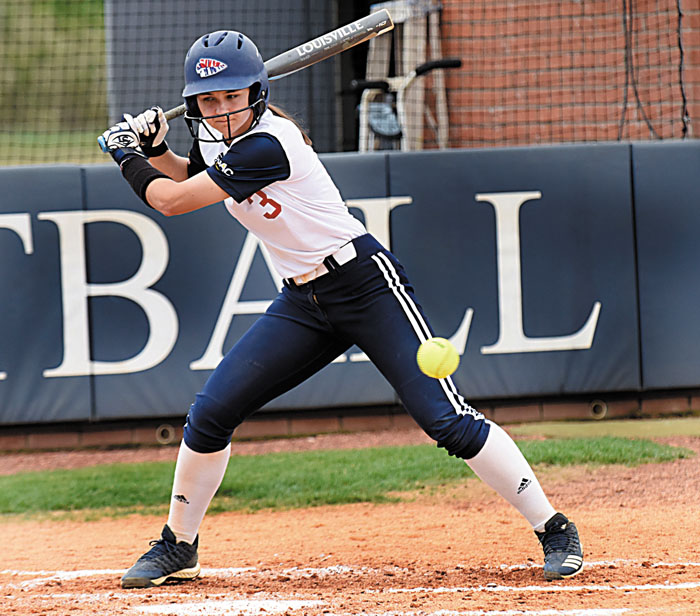 Breakout candidate: Sophomore OF Katelyn Jones (back from ACL surgery)

The Indians dropped their last four games, and the South Atlantic Conference had so much parity that Catawba plunged from a tie for first all the way to a tie for ninth.

On the morning of April 17, the Indians were still talking about winning the conference championship. By the evening of April 22, their season was over. Catawba was the host school for the conference tournament, but only the top eight teams in the 11-team SAC qualified for the event.

There will be 12 teams in the SAC this season, with UVa-Wise added to the mix.

Catawba is picked to finish ninth, but that’s basically based on last year’s finish. The Indians expect to do better than that, and in all likelihood they will. Entering this season, they’re way ahead of where they were at this time a year ago.

Lights have been installed at Whitley Field. That’s helped give all of the Indians a chance to practice together at the same time.

“No snow and no hurricanes this year, and that helps,” second-year coach Mandy Harris-Morgan said. “Last year was my first year here and I was doing a lot of teaching as far as how I wanted things done. Now I don’t have to teach nearly as much. Now the older girls know what we’re doing and why we’re doing it and they’re helping the young ones. We’re able to do a lot less talking and a lot more practicing. We’re also going into this season with more experience and more health than we had a year ago.”

Catawba goes into this season with two players temporarily on the shelf — pitcher Anna Jasper (back) and former Davie County slugger Sierra Ferguson (knee) — but the Indians have 24 players ready to go. They’ll add one more when Kaitlin Stevenson reports to the team after the basketball season.

“We’ve got a lot more players and a lot more options,” Harris-Morgan said. “It might sound like we have too many players, but they can all help us. There are positions where we’ve got three of four girls, but I’ve been really pleased with how everyone has responded. They’re competing and fighting hard for playing time, but they’re also able to be happy when a teammate has success. That’s so important. We’ve had zero problems.”

Catawba scored 198 runs a year ago, while allowing 194, so it’s not surprising the Indians played a ton of close games. Catawba was out-homered by quite a bit last year, but Harris-Morgan is confident Catawba’s offense will be more explosive in 2020.

“I’ve been really pleased with what I saw at the plate in the fall and in the preseason, and we just have to keep doing what we’ve been doing,” Harris-Morgan said. “Our lineup is solid. We’ve added a lot of speed and we’ve added a lot of offense. We’ve got a good mix of right and left, of slappers and power hitters.”

The centerpiece of the offense is junior shortstop Jordan Dean. She’s a free swinger who will strike out some, but she belted half of Catawba’s 18 homers and led the team in batting average (.366), runs batted in (36), runs scored (32) and doubles (14).  She’s also a top-notch defender with an exceptional arm.

Catawba is four-deep at catcher. Gibson’s power makes her the frontrunner, but Harris-Morgan also has confidence in Maddie Bell, Nicole Hunter and Bailey Benton. Bell is a junior as far as softball eligibility, but she’s a senior in the classroom and plans to go ahead and graduate in the nursing program.

Kaylee Cook, a senior who hit .324, has been an outfielder, but is pencilled in as the starting first baseman. The plan is for Cook to also serve as the closer. That will mean opportunities at first base for sophomore Brooke Lowery.

“Brooke has worked very hard and has improved a lot, offensively and defensively,” Harris-Morgan said.

Martin will be the second baseman. When healthy, she can be a special player. She batted .307 as a sophomore and is sure-handed defensively. Grace Holland, Carlee Brawlee and Pederson are available to step in if anything happens to Martin.

The third baseman will be freshman masher Riley Tucker. She was the 2019 3A state player of the year at Central Cabarrus. She batted .531 with seven homers and amassed 59 RBIs in 33 games.

Tucker may pitch some in the future, but not this year. Holland or Brawlee can play third if needed. Catawba also has added freshman Kaitlyn Osworth.

Catawba will have a quick, exciting outfield with a host of potential combinations.

The plan is for Sydney Goertzen (.299, 27 runs) and Jones to share duties in left field. Allie Baker (.289) has won the center field job, but Goertzen can play there if Harris-Morgan wants to get Goertzen and Jones in the lineup at the same time. Brawlee (.313, 20 runs) and Kasey Rowden, a former Central Cabarrus star who transferred from Pfeiffer, provide strong options in right field.

A’Yonna Waddell and freshmen Lexi Bryant and Cameron Shaffner are backup outfielders who could make an impact as pinch-runners or pinch-hitters.

The plan is for Ellenberg and Walser to handle the bulk of the starting assignments, with Hunter, who has a devastating changeup, as the main reliever. Howerton is another option, with Cook ready to close games.

“We like Kaylee as the closer because she’s a lefty with a lot of spin,” Harris-Morgan said. “She’s a tough adjustment for hitters after facing one of our right-handers.”

The Indians are ready to play someone else,. They’ll open the season at home with a doubleheader against Augusta this Saturday.

“Our conference is tough and we’re also play a lot of good regional games outside the SAC,” Harris-Morgan said. “We’ve set high goals, so every game is important. We want to be one of the eight teams that goes to the regional tournament.”