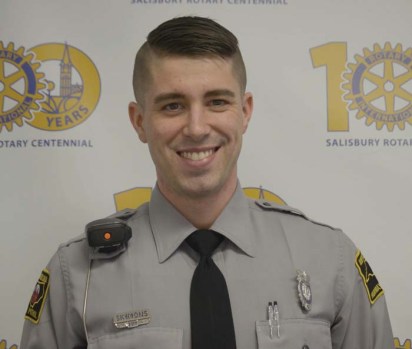 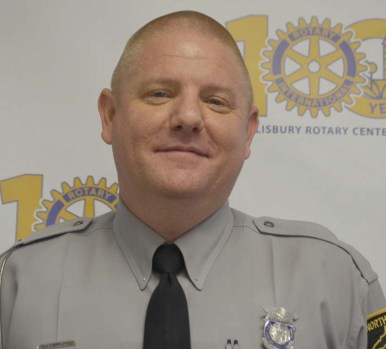 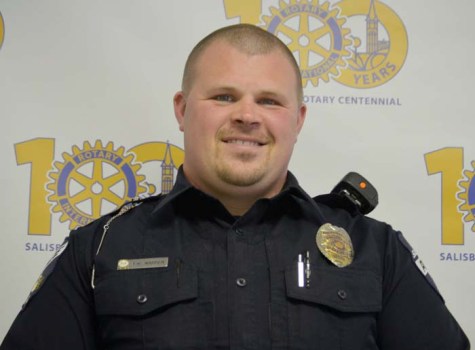 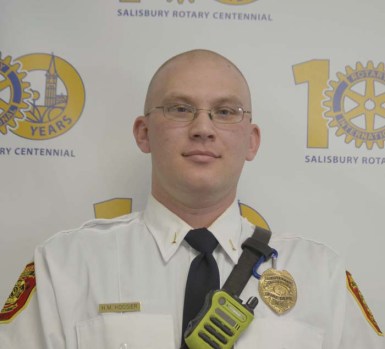 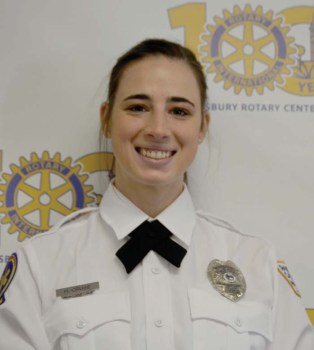 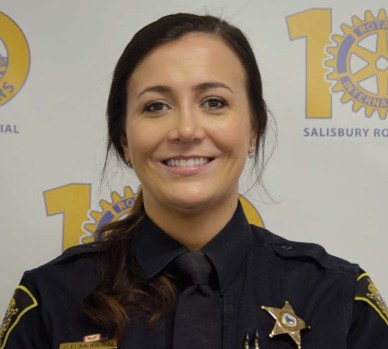 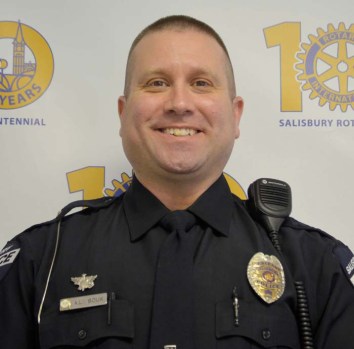 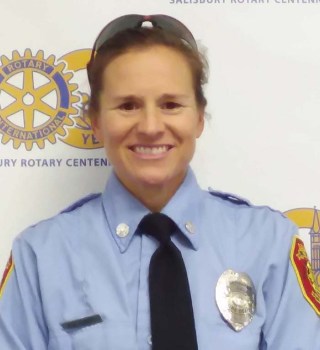 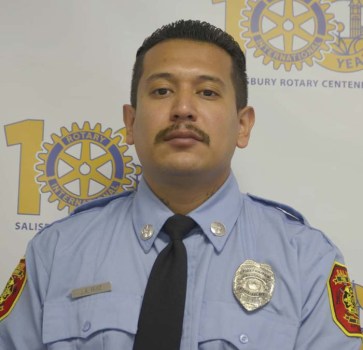 SALISBURY — On Dec. 9, 2019, N.C. Highway Patrol Trooper Jackson Simmons was attacked by a man who’d been involved in a vehicle chase.

Simmons and was nearly knocked unconscious as the suspect got on top of him, but the trooper reasoned with the man instead of immediately pulling out his gun. After the man got off of Simmons, the trooper drew his weapon to hold the man at bay until more help arrived.

Simmons, who began with the department in 2018, was one of 11 people who were honored during the Salisbury Rotary Club’s  Community Service Recognition Day on Tuesday. He was presented an award by First Sgt. Gary Barger who told of the ordeal that led the trooper to receive a gash to the back of the head. Simmons was named the Highway Patrol’s rookie of the year.

Barger said every law enforcement agency has its “informal leaders,” and the state highway patrol is no exception. He said Master Trooper Jaret Doty is the definition of an informal leader.

Doty has been with the highway patrol for 15 years. Before that he served with both Granite Quarry and Rockwell police departments. Doty is a training officer who has trained several Rowan County troopers.

“Trooper Doty does his job with compassion and exhibits an expertise that is contagious for new troopers coming on,” Barger said.

Salisbury Fire Engineer Halsey Hoosier was named veteran firefighter of the year. Fire Chief Bob Parnell said, according to those who nominated Hoosier, he was an “A+ firefighter who loves this department.”

“He consistently seeks new ways to grow as a firefighter and teach others the skills he quickly masters,” the nominee wrote.

Parnell said the department wasn’t able to name just one rookie of the year and instead had two firefighters — Jesus Ruiz and Adrian Gantt.

Ruiz, Parnell said, is eager to learn and always looking for training classes to further his education. He’s obtained several certifications in the short time he’s been with the department. He arrives to work willing to learn and never complains.

Gantt “exhibits high standards in all areas of her position” and “always comes to work with a positive attitude, full of energy and ready for the day,” a nominee wrote. She is currently enrolled in the driver/operator program at Rowan-Cabarrus Community College and has completed other training, including EMT and Firefighter II.

Sgt. Adam Bouk was named the Salisbury Police Department’s veteran officer of the year. A person who nominated Bouk recalled the shooting death of Mya Miller in May 2019. Bouk, who’d worked overtime during the hours after the shooting, stopped a van, which led to the arrest of Jeffrey Wayne Hooker.

Bouk had the “knowledge, tactics and awareness to handle that situation as maybe only a veteran officer could,” the nominee wrote.

Troy Warren, who is the Salisbury Police rookie officer of the year, continues to develop as a police officer and always has a positive attitude, a nominee said.

“Officer Warren is on the right track of becoming an excellent police officer,” his nominator said.

Rowan County Sheriff’s Deputy Shannon Morgan, who received an award Tuesday, was hired in 2014, just four years after graduating from East Rowan High. She started her career as an administrative assistant in the detention center. In 2015, she completed basic law enforcement training and was reassigned as a detention center officer. Since March 2017, she has patrolled the East Rowan area.

She is part of the hostage negotiator team and, according to Sheriff Kevin Auten, was an essential part of collecting donations to help purchase presents for a young girl whose mother died in December 2018 just before Christmas.

Major Tim Wyrick began his career in law enforcement in 1990 and has worked as bailiff, patrol officer, criminal investigator and captain over the criminal division. Auten said it’s not often officers nominate “brass” for an award, but Wyrick is one who lives by the motto, “others before self.”

In 2018, Wyrick came up with an idea to help raise money to benefit local EMS responder Allen Carlyle, who needed a kidney transplant. Wyrick organized the “Battle of the Badges,” a fundraiser pitting law enforcement and responders against each other.

Rowan EMS Battalion Chief Aaron Thurston presented the rookie of the year award to Hannah Cruse, who has been with Rowan County EMS since 2017 after graduating from Catawba College.

She began as an EMT to get the field experience before going onto a post-graduate program. Then, she fell in love with emergency medical services and decided to stay. She finished paramedic school and then quickly completed the in-house training process. Thurston noted Cruse’s devotion to the gym and her encouragement of others to workout and eat healthily.

Constance “Connie” Wilhoit, who is a preceptor/paramedic was named the veteran of the year. She began with EMS in 2013 as a paramedic. She completed her associate’s degree in EMS, enrolled in Western Carolina University for a degree in Emergency Medical Care. She has advanced to the level of a preceptor, which is responsible for training EMS students and new employees within the agency. She is also an instructor with RCCC teaching EMT and paramedic classes.