SALISBURY — Livingstone College junior Ryan Williams, who was among six people shot during a weekend after-hours party at Thelma’s Down Home Cooking restaurant, is paralyzed and still in the hospital, according to Salisbury Police spokesman Greg Beam. 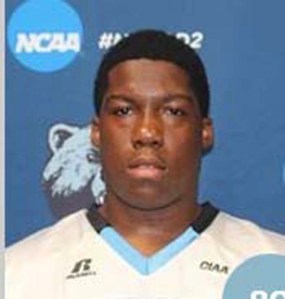 Williams, 21, a quarterback with the team was seriously injured and taken to Wake Forest Baptist Medical Center in Winston-Salem where he has remained. 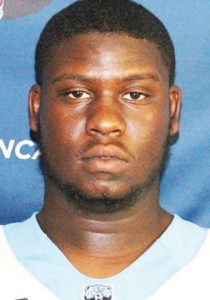 Others who were shot and received minor injuries included Livingstone College students Juwan Funderburk, 22; Darryel Georn Bethune Jr., 22; and Devin Norman, 19. Police said Jordan Treon Darrisaw, 21, of Charlotte, and Devonate Bailey, 23, of Statesville, were also shot. Funderburk is a junior linebacker and Bethune, a senior, is a running back, according to the Livingstone College website. Included in the nine total people injured or treated were three Catawba College students, including one who was shot. All three have since been treated and released from the hospital. 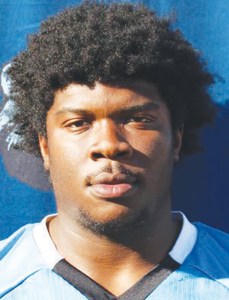 The shooting occurred shortly after midnight Sunday inside the restaurant, located at 1935 West Jake Alexander Blvd. and in the West End Plaza. The party began late Saturday night.

Beam said there was one off-duty Salisbury Police officer inside the restaurant at the time of the party. He said it’s not clear who hired the officer, but that officer did contact others who regularly patrol that area about the crowd of people inside.

The patrol officers were still outside when the shooting occurred and assisted with crowd control as well as rendering aid to the injured, Beam said.

It’s not clear if anyone requested that more off-duty officers be hired or if officers were just not available.

The morning of the shooting, Beam said, police investigators interviewed as many people as they could from those who remained.

“Most people left as soon as they got to the parking lot. Everyone who remained on the scene and were willing to cooperate were interviewed that morning,” he said.

He added that as more names have been developed as people to interview as detectives tracked down leads. He said investigators pulled at least one student from class for an interview.

On Monday, the county, which owns the property, terminated its lease with the restaurant. The business, which had been in its location in West End Plaza since 2013, now has 30 days to vacate the property. In a letter signed by County Attorney Jay Dees, and obtained by the Post, Dees cited a breach of the lease agreement as one of several reasons for the termination.

Among other things, the letter says the lease only allowed the use of the space for a “restaurant and for no other purpose without prior written approval.”

“Use of the leased space for a private event where no food or drink was being served by Thelma’s without notice to landlord and landlord’s approval constitutes a breach,” the letter said.

Salisbury-Rowan NAACP President Gemale Black issued a statement Tuesday urging citizens to “remember our role in making Salisbury a safe place for everyone.”

“We are grateful that no fatalities resulted in this act however, our condolences are extended to all the gunshot victims, families and those impacted by this tragic event,” Black said.

“As we have experienced a reduction in gun violence over the past several months through initiatives such as Salisbury Cease Fire spearheaded by the Salisbury-Rowan NAACP and SPD, we would like to continue to experience zero to none incidents related to gun violence; this is only possible through the cooperative efforts of members of the community. Our drive will continue to be to make Salisbury a safe place for future generations,” Black said.