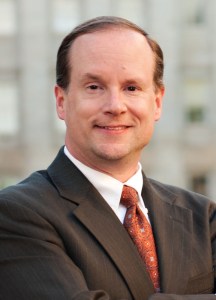 RALEIGH — Though often skeptical about the benefits of government intervention, I am by nature an optimistic person. Indeed, I consider my skepticism and optimism to be two sides of the same coin.

Experience and evidence have convinced me that, generally speaking, human beings possess the capacity to solve many kinds of problems by voluntary means — by persuasion, negotiation and market exchange.

Governments are surely necessary to enforce rules and provide certain public goods. However, with regard to the vast improvement in living standards during the past two and a half centuries of human history, the primary actors in this amazing story were inventors, innovators, investors, merchants and laborers engaged in private enterprise.

Some would grant my historical case but argue that the experience of the early 21st century teaches a different lesson, that today’s young people in America and elsewhere aren’t going to see anything like the same gains in human welfare that their parents, grandparents and ancestors did.

A deep pessimism may well explain the origins of new populist movements on both the right and the left. I still think a great deal of it is untethered from reality. But the pessimists do make some valid points. Many of them involve housing.

Over the past two decades, average consumer prices in the U.S. rose about 58%. Average wages went up quite a bit more than that, more than 80%, so it isn’t the case that living standards have stagnated. But averages don’t convey the full picture.

By definition, there will be some goods and services for which prices rise faster than the average level and others for which they rise slower or even decline. According to analysis by Mark Perry, an American Enterprise Institute scholar and professor at the Flint campus of the University of Michigan, the four big categories of goods and services with faster-than-average inflation have been health care, higher education, child care and housing.

Progressives and conservatives disagree about the implications. Progressive argue government must intervene either to control these costs directly or to socialize them so low- and moderate-income people will have access. Conservatives point out that government has already been massively involved in these sectors for decades, distorting the market and inflating costs for health care and higher education.

I gather from my social-media feeds and hate mail that North Carolinians are supposed to be infuriated at the way things are going in our state.

I have my frustrations with certain politicians, to be sure, but I’m not infuriated. Nor am I alone.

North Carolina continues to boast a thriving economy, prudently managed finances and many popular places to move for jobs, incomes and quality of life. The growth isn’t equally distributed, of course. It never has been. But compared to its peers, North Carolina is doing rather well.

Consider the latest job-market data from the Bureau of Labor Statistics. N.C. employers added about 94,000 net new jobs in 2019, up 2.1% from the previous year. That growth rate exceeds that national and southeastern averages. Indeed, our state had the ninth-fastest rate of job creation in the nation last year.

Comparisons like these can vary over time. Did 2019 just happen to be a good year?

Since 2013, North Carolina employers have added about 500,000 net new jobs, a 12.2% increase in overall employment. That rate exceeds the nation’s and the region’s. Our region, the Southeast, includes lots of other fast-growing states. Nevertheless, if North Carolina had simply added employment at the average regional rate since 2013, we would have ended up with 18,000 fewer jobs by the end of 2019.

We mainly desire a strong economy because of the benefits it confers on private individuals and households. But if you want your government to deliver necessary public services at an economical price while saving against a rainy day and leaving you alone, a flourishing economy is highly preferred.

According to the latest figures from the state controller’s office, revenues to the state’s general fund for the first six months of the 2019-20 fiscal year are up $471 million over the same period of the previous year. General fund spending is up, too.

On a cash basis, the General Fund budget has run a $542 million surplus halfway through the fiscal year.

Keep in mind that revenues and expenditures don’t distribute evenly across all 12 months.

I am puzzled and disappointed with some of the grant decisions provided by United Way funding for the next two... read more