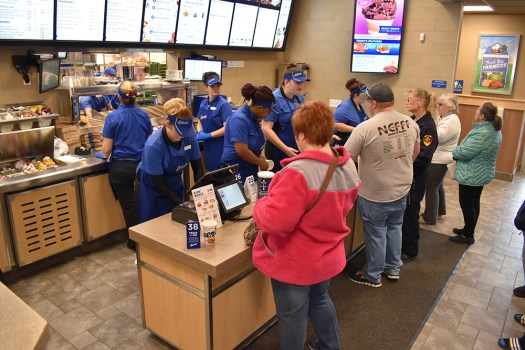 Guests order at the counter at Culver’s. The restaurant has a dining room, a drive-through and takeout. 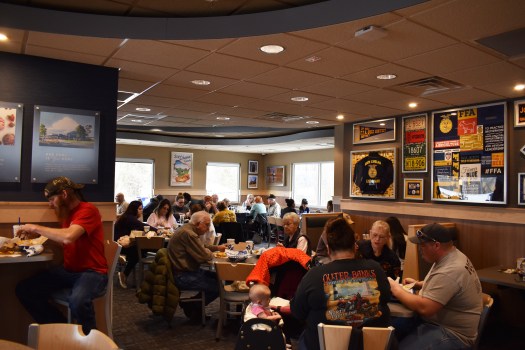 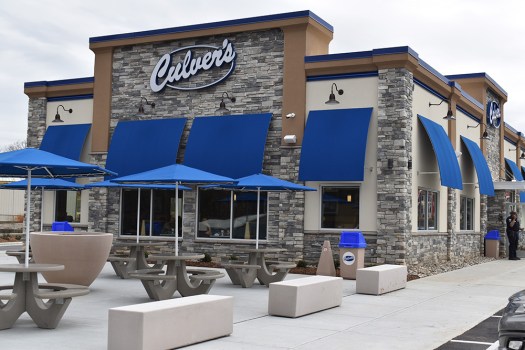 Culver’s also has outdoor seating options, a feature of the restaurant, for warmer days. 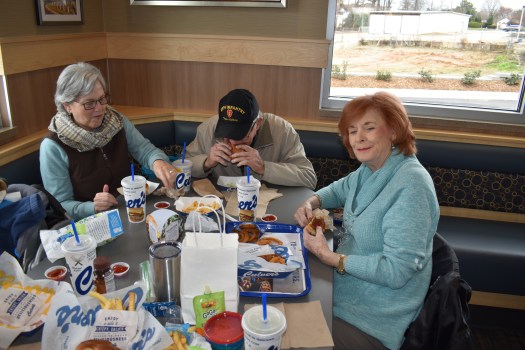 Nancy and Bill McDaniel and Sonjia McHone eat at Culver’s for the first time on Monday. They ordered a sourdough hamburger, crispy chicken sandwich and a fish sandwich.

SALISBURY —  A chorus of “Hi, welcome to Culver’s” greeted customers Monday as they entered the new Salisbury restaurant at the beginning of the lunch rush.

The restaurant, at 730 Jake Alexander Blvd. S. in Salisbury, opened Jan. 18. It serves Butterburgers, chicken tenders and sandwiches, with sides like fries, onion rings or Wisconsin cheese curds as well as frozen custard of multiple mix-ins and toppings. It is open 10 a.m. to 10 p.m. every day.

The Salisbury Culver’s is the first in the state for owners Dimitri and George Dimitropoulos and Corey Antonicci. Though, Culver’s has seven locations in North Carolina and about 750 restaurants nationwide.

Dimitri Dimitropolous said they decided to open a Culver’s in Salisbury after some research and driving around in the area. Salisbury wasn’t a huge city and has a “nice family type of community.”

“We thought it would be a good fit for the concept where we want to be,” he said.

Culver’s sits on the previous site of Ryan’s Family Steakhouse which closed in 2016. The building sat vacant for years until the Salisbury Fire Department used the restaurant to host a regional fire training conference in June where firefighters practiced breaking down doors and providing ventilation to the roof. The building was demolished the next month.

“We’re glad to be open,” Dimitri Dimitropolous said. “We’re glad to be here in Salisbury as well. We’re very happy we chose this location for our first Culver’s in North Carolina. I’d say this site compared to what it was has come a long way.”

The following months, Dimitri Dimitropoulos said they put a lot of work into building the Culver’s, which typically takes about four months. The restaurant has dine-in seating, a drive-through window and an outdoor patio, along with takeout service.

A month before the open, Culver’s went into the community — searching for employees to fill the hourly positions, getting out to meet people and handing out invites.

The restaurant has been busy since opening.

“It’s been really busy,” Dimitri Dimitropoulos said. “We feel like it’s gone very well. We’ve got the chance as much as we can with being busy getting out to the dining room to meet as many people as we can.”

Culver’s has already seen repeat customers in their first week open. Antonicci said some have come twice in one day. Dimitri Dimitropoulos said the menu has a variety of options that keep people coming back to try their burgers, North Atlantic Cod dinner or a chicken sandwich.

Some of the menu items have been a learning experience, Dimitri Dimitropoulos said. The frozen custard is a premium ice cream made in house daily. The cheese curds are a favorite of his and have been a hit.

“As far as Culver’s as a brand, they have done a great job with menu, the quality of food that we use, always fresh never frozen,” Dimitri Dimitropoulos said.

Dimitri Dimitropoulos and Antonicci said they concentrated on hiring the right people and training them well. Managers are sent to other stores to train for several months, Antonicci said.

“On our end as operators, the success is all about preparation and being ready,” Dimitri Dimitropoulos said.

The two are looking ahead to warmer weather when customers will eat on the patio. The patios are a feature of the restaurants that got its start in Sauk City, Wisconsin. They joked in Wisconsin the patios can only be used a couple months in a year, but in North Carolina they’ll get more use.