Ask Us: Do rollerbladers have road rights?

SALISBURY — It all started with a lone rollerblader in the shared lane on Fulton Street.

As oncoming traffic continued to pass by, cars backed up behind the rollerblader because of their inability to pass them, according to a Salisbury Post reader who submitted this week’s “Ask Us” question.

The lanes on Fulton Street are shared lanes, or “sharrows,” according to Fred Haith, division planning engineer for Highway Division 9 of the North Carolina Department of Transportation, which includes Salisbury. They aren’t traditional bike lanes. Instead, they are a “shared lane environment for vehicles and automobiles,” Haith said.

So, do rollerbladers have road rights that would allow them to use the sharrows? Are they classified in the same way as bicyclists?

Eric Phillips is the owner of Skinny Wheels bike shop in downtown Salisbury. He says that he’s been riding bikes since he was five years old for all sorts of reasons — fun, transportation, racing, exercise. Nonetheless, when it comes to the road rights of rollerbladers, “I’m not sure,” he said.

A variety of legal and regulatory frameworks govern road users.

On the state level, rollerbladers “would be under the same regulatory framework as pedestrians,” said Steve Abbott, deputy secretary for communications of the North Carolina Department of Transportation.

Cars, on the other hand, are only meant to pass bicycles on the road when there is “abundant clearance” and “no oncoming traffic in the opposing lane,” according to the handbook.

Regulations for bikes also address lights on bicycles and helmets.

However, “the General Statues do not address rollerblades or skateboards,” Haith said. “They are typically governed by local ordinances.”

Section 13-20, § 15-20 of Salisbury’s Code of Ordinances addresses the rights of people riding on roller skates, “coasters, toy vehicle or similar device.” According to this code, they are not allowed on roadways unless crossing the street at a crosswalk or intersection, unless the road is a “play street.” The ordinance does note that skating is allowed “on sidewalks in a residential district.”

Ned Moultrie is a master trooper with the N.C. Highway Patrol and says that the simplest way to think about the question of rollerbladers is just to think of them as pedestrians.

“The roadway is designed for vehicles,” he said. “From a safety standpoint, you do not need to be playing in the roadway.”

Government officials have the ability to create infrastructure where it would be safe to ride bikes and other alternative forms of transportation.

Salisbury created the Salisbury Comprehensive Bike Plan in 2009 “to assist in the expansion, promotion, and funding of safe and efficient bicycle facilities, programs and initiatives,” said Wendy Brindle, engineering director for the city of Salisbury.

So far, the plan has been used to create bike lanes and “sharrows” in a variety of places in the city by coordinating with the resurfacing schedules of the city and NCDOT, Brindle said. Some city money has also been used.

Greenways are also part of the plan. Grants Creek Greenway has been partially constructed already, as has a greenway from Forestdale Drive to Jake Alexander Boulevard.

On the county level, Rowan County government worked with the NCDOT to create a Rowan County Bike Map in 2009, according to Ed Muire, planning and development director for Rowan County. It “created a map and signed routes in the county promoting tourism and scenic attractions through cycling,” Muire said. The goal is that the NCDOT considers the map and its vision when it makes updates to roadways.

These policies and regulations, and whether or not peoples understand them, affects how people drive and ride. Phillips said there have been times when he was riding and experienced aggression like honks and yells from car users. He references the myriad of misconceptions about cyclists, including the idea that they don’t belong on the road, as the cause.

But when it comes to riding with a variety of road users like bicyclists, car drivers and rollerbladers, his strategy is simple.

“I always yield to the road user that is more vulnerable than I am,” Phillips said. “The road is not built for cars. It’s built for people.” 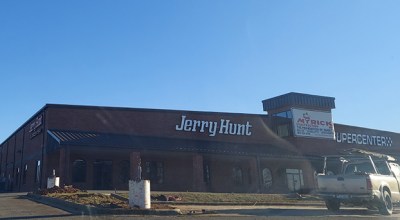