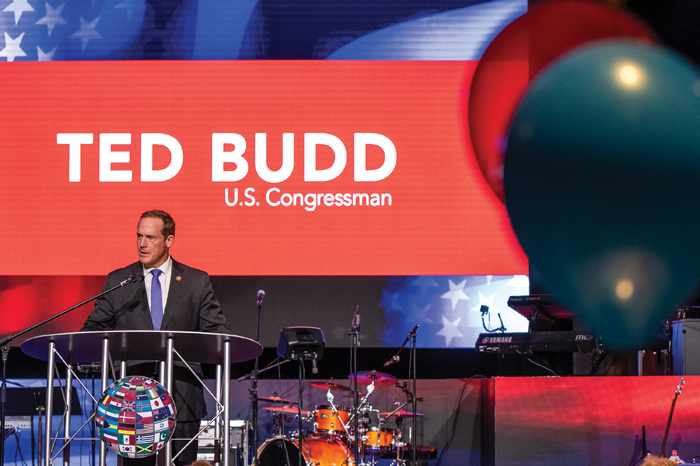 In some congressional districts, impeachment votes may affect chances of a representative’s re-election in 2020, but we’re unlikely to see any significant shift in local results because of opinions and votes by our members of the U.S. House.

Even with a presidential race ongoing, almost all of the political oxygen in the country has been consumed by Trump’s impeachment and ongoing trial in the Senate. And in a nation as divided as ever, opinions have fallen predictably along party lines. Rowan’s two members of the U.S. House and Sen. Thom Tillis, all of whom are Republicans up for re-election this year, have solidified their positions in support of Trump.

“It’s really a Hollywood production … but at the end of the day it’s only a production. They have not produced overwhelming evidence,” Tillis said in a video posted online Saturday.

Rep. Richard Hudson, who represents the 8th Congressional District, said in posts online Saturday the case against Trump had been closed after his defense team “destroyed the flimsy, partisan impeachment case against the president.” The trial, of course, is still ongoing and had not been closed by a final vote yet.

Rep. Ted Budd, who represents the 13th District, has made similar statements, calling the impeachment case “baseless” and “incredibly dishonest.”

Hudson and Budd voted against impeachment in the House, and Tillis looks well on his way to a “no” vote for Trump’s removal from office. Sen. Richard Burr, R-N.C., hasn’t been vocal about his position, but that’s no reason to expect a “yes” removal vote once the trial wraps up.

In races where chances of a generic Republican or Democrat winning are even or close to even — the 2020 North Carolina Senate race, for example — impeachment may have some effect on final results. But that largely depends on turnout and how the Senate’s trial ends.

In the 13th District, the effect is relatively certain: any votes changed from “R” to “D” solely by Budd’s vote and statements afterward won’t be enough for Democratic challenger Scott Huffman to unseat the incumbent. Huffman’s and the Democratic Party’s case will have to be about much more than Trump.

While there’s not a lot of North Carolina-specific polling about Trump’s impeachment and ongoing removal trial, the latest one — from High Point University — shows the general population of voters in the state evenly divided, with 45% opposed and 45% in support. That largely tracks with the nation as a whole, with polling averages showing less than 1% difference between the two options. And just like our elected representatives, voters’ answers to pollsters about impeachment and Trump’s approval routinely fall along party lines.

Consider Public Policy Polling, a liberal-leaning group based in Raleigh, asked likely Democratic primary voters in North Carolina about their approval of Trump and 87% had an unfavorable view.

So, why is that relevant to Salisbury-Rowan? The newly redrawn 13th District is much more Republican in 2020 than it was two years earlier. Voters in what’s now the 13th, for example, chose Trump with 67% of the vote in 2016. There are simply too many Republicans and Republican-leaning unaffiliateds in the 13th District, the only one covering all or part of Rowan, for impeachment to ever work in a Democrat’s favor.