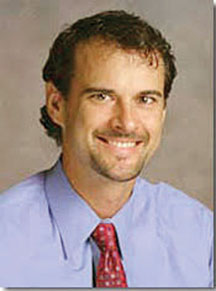 As measles cases continue to climb worldwide, a group out of the Netherlands has shown that the measles virus can hijack the immune system of sick individuals, wiping out its memory to other pathogens.

This is not a good thing — it makes the individual susceptible to these infections all over again, potentially raising the risk of a bad outcome.

Dr. Mina, lead author on the study in the Journal Science this year, noted that between 11 and 73% of the circulating antibodies that protect against diseases are lost, post-natural measles infection.

The abstract from the article states: “Measles virus is directly responsible for more than 100,000 deaths yearly. Epidemiological studies have associated measles with increased morbidity and mortality for years after infection, but the reasons why are poorly understood.
“Measles virus infects immune cells, causing acute immune suppression. To identify and quantify long-term effects of measles on the immune system, we used VirScan, an assay that tracks antibodies to thousands of pathogen epitopes in blood. We studied 77 unvaccinated children before and 2 months after natural measles virus infection.
“Measles caused elimination of 11 to 73% of the antibody repertoire across individuals. Recovery of antibodies was detected after natural reexposure to pathogens. Notably, these immune system effects were not observed in infants vaccinated against MMR (measles, mumps, and rubella), but were confirmed in measles-infected macaques.
“The reduction in humoral immune memory after measles infection generates potential vulnerability to future infections, underscoring the need for widespread vaccination.”

There is a massive measles outbreak in the US territory of American Samoa. “The Centers for Disease Control and Prevention already deployed two experts to Samoa, where measles has overwhelmed the health system in a country with a population of about 200,000. Measles has sickened nearly 4,900 people, killing 71, most of them children under 5.” (Washington Post) That is a 1.5% death rate.

So far this year, we have had 1,276 cases of measles in the US with 61 patients developing pneumonia or encephalitis, a brain inflammatory disease. One in every 1,000 measles cases will develop brain inflammatory disease. Death is rare in the US because of the excellent life support measures provided during the acute illness. However, significant neurological complications are universal worldwide for 0.1% of infected humans.

The bottom line is very simple. Measles is a nasty virus. It causes significant disease in 1 per 1000 affected individuals. Now, we have strong data that it wipes out long-term immune memory in a much higher proportion of people, putting them at risk for other infections and disease.

I am still convinced that vaccines are not the cause of autism. This fact stems from my 25 years of medical observation in clinic.
I pray that this reality remains true, as vaccines are saving countless lives every year.

Dr. Chris Magryta is a physician at Salisbury Pediatric Associates. Contact him at newsletter@salisburypediatrics.com

Mack Williams In “The Raven,” Poe writes of the “Bleak December,” but I’ve often thought that January is more than... read more