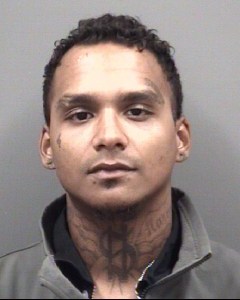 • A woman reported on Wednesday she was a victim of larceny while in the 900 block of E. Lafayette St.

• A man reported on Wednesday he was a victim motor vehicle theft in the 600 block of E. Liberty St.

• Ruscho at 1190 Long Ferry Road in Salisbury reported a larceny on Thursday.

• A man reported on Thursday he was a victim of motor vehicle theft in the 1400 block of Saw Road in China Grove.

• Denishia Maurriel, 26, was charged Thursday with felony larceny after breaking and entering.

• Jonathan Wayne Nix, 31, was charged on Thursday with felony possession of a controlled substance Schedule II in the 1400 Dunns Mountain Road, in Salisbury.

No one seriously injured when truck overturns with a splash, blocks road for hours

SALISBURY — No one was seriously injured after a tractor-trailer hauling jugs of water overturned and spilled its 45,000-pound payload... read more