GRANITE QUARRY — A man who Granite Quarry-Faith Police say shot a Franklin firefighter and then turned the gun on himself in a domestic situation battled depression, his mother Belinda Crisco told a Post reporter. 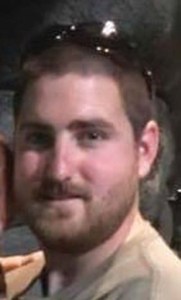 Andrew Myers, who went by the name Andy, reportedly went to the home of his estranged wife, Alaina Myers, Wednesday morning and waited in his truck until firefighter Tyler Hamilton walked outside, according to Granite Quarry-Faith Police. Police said that’s when Andrew Myers, 26, shot the 30-year-old Hamilton with a shotgun. Hamilton was struck once in the head and died in the driveway of the duplex, located at 412 North Main St. in Granite Quarry.

Myers then went inside the apartment to confront his wife and shot himself, according to police and an incident report. Neighbors called 911 and a police officer who was in the area arrived on the scene quickly. Both men were already deceased.

“I want everyone to know that the people who really knew Andy knew he was a very strong-willed, loving son, husband, brother, father. He would go out of his way to help anyone. This wasn’t him. He’s been battling depression and he wouldn’t hurt anyone, Belinda Crisco said.

Through tears, she sent her condolences to the Hamilton family.

According to court records, Andrew and Alaina Myers had been to court Jan. 13 regarding a domestic violence protective order, commonly known as a “50-B.” Andrew Myers was served with a temporary protective order that expired Jan. 13 and a hearing in that matter was slated for Feb. 3.

The couple, who were in custody mediation, had been separated since August. In her Jan. 2 application for a protective order, Alaina Myers, told the court that her estranged husband would ride by her apartment and show up at her job, wait for her to leave work and follow her home.

“He continues to make numerous suicidal threats that either we are together as a family or nothing at all,” Alaina Myers told the court.

She said in her statement that he wrote a suicide note on Dec. 30 and sent her a text saying he was going to kill himself. According to Alaina Myers’ statement, she spent hours “talking him down” and convinced him to get help. She drove him to Charlotte CHS Behavioral Health, but he refused to go inside.

She filed a prior restraining order because her husband was in a manic phase. At the time, Alaina Myers said, she feared he would find her once he was released from the facility he was in.

According to a court record, Andrew Myers applied for a temporary order in November requesting temporary primary custody of the couple’s two-year-old son. Andrew Myers said at the time that his wife dismissed the 50-B prior to the Nov. 4 court date. The matter was continued to Jan. 16.

According to his obituary, Andrew Myers was an avid hunter and fisherman. A visitation is planned for today with a funeral on Saturday.