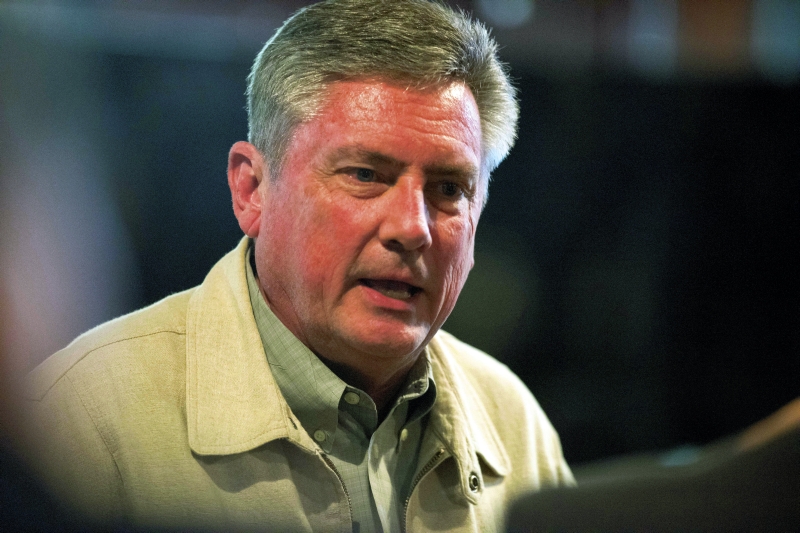 SALISBURY — This is the time when the Rowan County Board of Commissioners needs experience, says Craig Pierce, who is running for his third term,

And, Pierce said, he and Mike Caskey are already the most senior county commissioners on the board.

“We do have the experience and this is the time that the county needs it,” he said, citing economic growth expected to come to the county.

Pierce and Caskey, Republican incumbents, face a challenge in the 2020 primary from Lee Withers, a Republican who has served as China Grove mayor and on the town’s council. Barring a successful write-in campaign, two of the three will win a spot on the Board of Commissioners in the March primary. No Democrat has filed.

Pierce, 64, formerly owned Pierce Interiors and Construction before his retirement. Now, Pierce says, he devotes his full attention to being a county commissioner and is running for re-election to see a number of projects through to completion.

Some of those items relate to economic development — doing his part to ensure a developer builds a large, mixed-use complex at the newly completed Old Beatty Ford Road exit and ensuring the county builds infrastructure near Chewy.com’s fulfillment center in northern Rowan that helps development blossom there. Pierce says he also wants to facilitate construction of a homeless veterans shelter in the county and further improve the county’s animal services.

Caskey and Pierce aren’t running as a team, and Pierce says his experience statement isn’t intended to criticize Withers. But Pierce says the record of accomplishments is reason enough voters should give him one more term.

His list of accomplishments include, among other things, the Rowan County Animal Shelter stopping the euthanization of animals with a gas chamber.

“We’re light years away from that now,” he said.

His list also includes helping a philanthropist build a cat wing at the shelter, building EMS stations in multiple locations and creating plans to extend water and sewer to the east side of the interstate at Long Ferry and Old Beatty Ford roads. Pierce also touted economic growth that’s occurred since he joined the board in late 2012 and funding capital improvements and raises for the school system.

“We’ve don’t a lot of things over the past seven years that weren’t even thought about when we joined,” he said.

After running mid-term in 2018 against three of his fellow incumbents, Pierce says 2020 will be his last time running for county commissioner. Pierce says he ran in 2018 to get extra time to work on extending water and sewer lines into unincorporated areas.

A Rowan county native, Pierce graduated from North Rowan High School before attending North Carolina State University for a time and starting a career in construction. Before joining the commission, he served on the Rowan County Planning Board and the Airport Advisory Board, to which he still serves as a liaison.

He and his wife Melissa live in northeastern Rowan County and have one daughter, Ashley, and two grandsons. He and his wife attend Mount Tabor United Methodist Church.