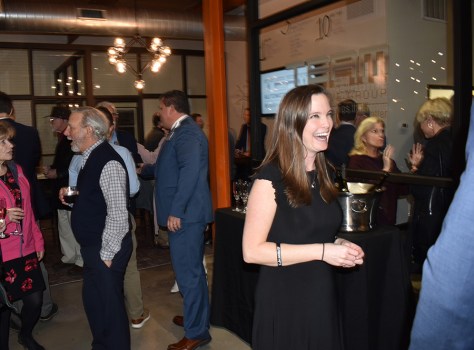 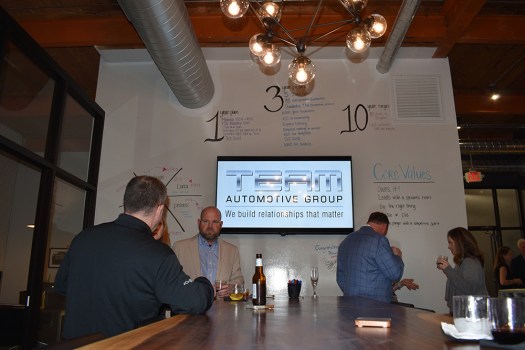 A wall in the lobby of Team Auto Group's showcases the company's goals and core values. In 10 years, they hope to have 10 stores and 1,000 vehicles sold per month. 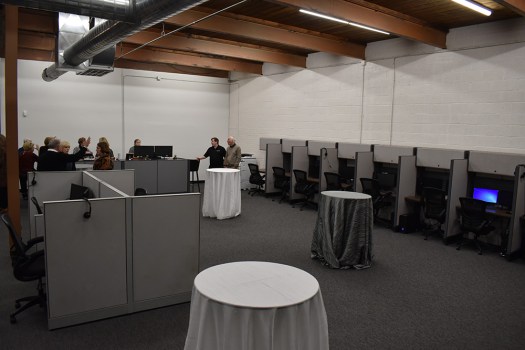 The new call center will be paramount to growth, Dillard said. 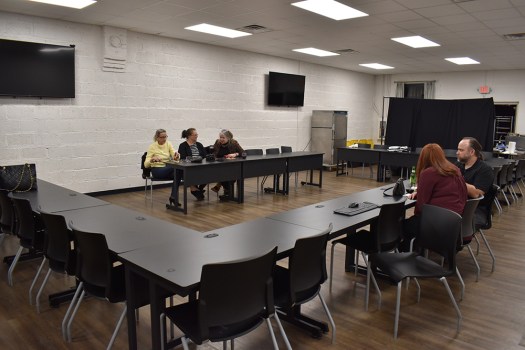 Team Auto Group will host meetings at their downtown office.

The business was growing rapid and it needed to find a new call center and accounting offices to support their three dealerships — in Salisbury, Swansboro and Goldsboro — according to Team Auto Group Principal Kristin Dillard.

Instead of looking elsewhere, they looked around their home.

“Salisbury is and will always be home to Team Automotive Group,” Dillard said. “The community of Salisbury has supported us for over 28 years and we remain committed to our town.”

They found their new home at 316 Depot St. in downtown Salisbury. The 9,000 square-foot-office, which held a grand opening on Thursday, has large glass window at its entrance, a call center, offices and a meeting space that could be rented out. It also has given the 20 employees room.

The office has been open for a month and employees say they are loving the atmosphere, seeing foot traffic and trains passing by.

“Being downtown makes us feel like we are a part of something larger,” Dillard said.

Team Auto Group has transformed the building that was once a dance studio. They painted the once purple and teal walls to black and white. They knocked down some walls to expose huge garage door windows. One wall has a dry erase board, showcasing the businesses goals and core values. It came together through a shared vision of the general contractor Chris Bradshaw with CS Bradshaw and Sara Lee, an interior designer with Sisu Designs.

Bradshaw said the project was creative and out of the box.

“It’s really satisfying to see the transformation,” he said.

This is the first commercial project for Lee, who generally does interior design work for kitchens and bathrooms. Lee initially thought she would help pick out furniture, but it was more involved than that. She worked alongside subcontractors as they wired the building to ensure the desks worked and as they laid concrete.

“This has been a fresh opportunity,” Lee said.

Team Auto Group had the support of the city of Salisbury and the state through a Rural Building Reuse Grant. The grant awarded was $100,000, with a local match of $10,000.

“It was quite humbling to receive the support from the city and the state,” Dillard said. “The grant funds allowed us to focus on providing a state of the art facility with the latest technology for our team.”

The Rowan Chamber and the Rowan Economic Development Commission assisted with securing the funding.

“We are super pleased this is a corporate headquarters in downtown Salisbury,” said Rowan Economic Development Commission President Rod Crider. “We think it will help accelerate the continued growth and development in the downtown. It will be a good thing for all of Rowan County.”

On Thursday night, Dillard and her employees toasted to thank those who helped support Team Auto Group.

Team Auto Group is currently hiring. Applicants can visit teamautogroup.com for more information. Dillard expects to have 35 employees by the end of the year.