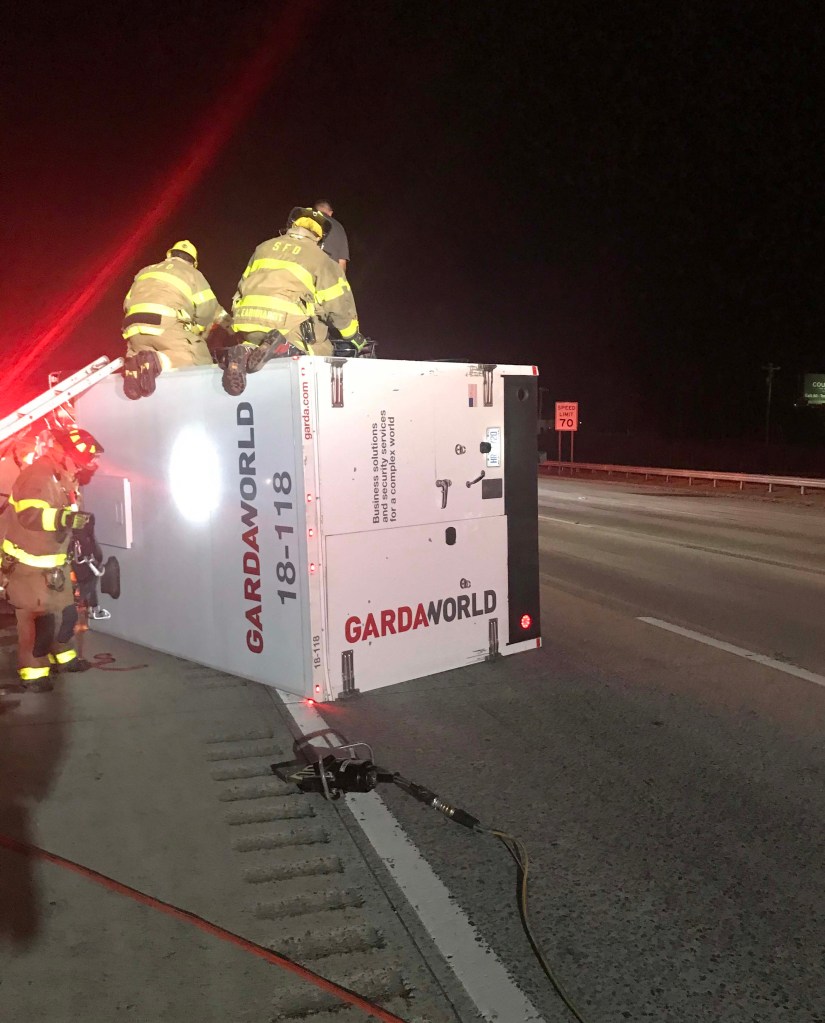 Rowan County Emergency Services, Salisbury Fire, South Salisbury Fire, Rowan Rescue, and N.C. Troopers responded late Wednesday to a traffic accident involving an armored truck from GardaWorld that crashed and overturned. The truck blew a tire and the driver tried to get back onto the road, but the weight shifted and the truck overturned onto its side. Submitted photo

The driver of a GardaWorld armored truck was traveling in the northbound lane near mile marker 73 around 10:30 p.m. when the tire blew. The driver tried to get the vehicle back onto the road, but overturned when the weight shifted. The truck was carrying money, Morgan said.

The truck landed on its side partially in the roadway. The driver and passenger were taken via ambulance to Novant Health Rowan Medical Center. Troopers C.J. Doty and E.B. Perdue responded and stayed with the truck until a supervisor and another truck arrived.

Morgan said there was some damage to the engine and the truck was not drivable. It was an accident or a mechanical error. No charges will be filed, Morgan said.

The troopers did block off two of the far right lanes and two lanes remained open. Troopers directed traffic for a short amount of time before they blocked the road, Morgan said.

The road was reopened around 3 a.m., Morgan said.