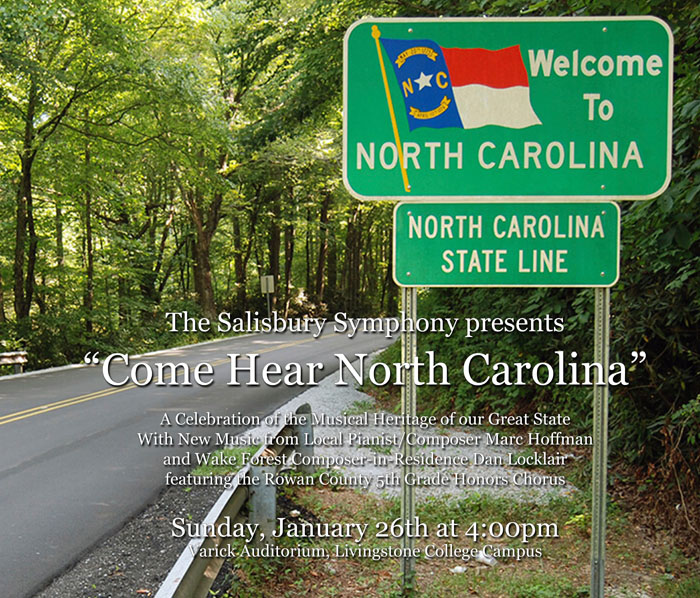 Near the end of this month local audiences will be treated to an exceptionally varied program of music inspired by our home state of North Carolina, when the SSO presents “Come Hear North Carolina.” Some of the pieces have obvious and well-known connections to North Carolina, some are a little more obscure, but still fascinating:

The Symphony is also delighted to announce that both of the local composers featured in the performance, Marc Hoffman and Dan Locklair, will be in attendance as guests of the Symphony.

Tickets for the performance are now on sale at salisburysymphony.org

Cost of tickets range from $5 (students age 20 and under) to $23-25 each for adults. Discounts are available only for online purchases until the day before the concert.