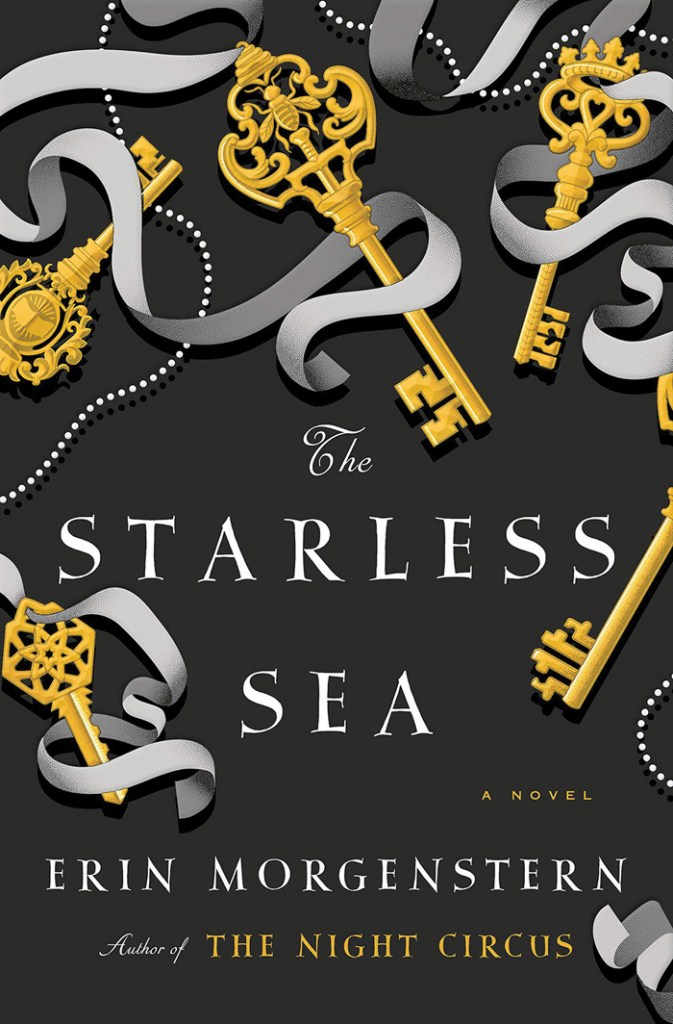 Erin Morgenstern’s second book, “The Starless Sea,” comes eight years after “The Night Circus,” and confirms she is a sponge for great stories and has an expansive imagination.

This is a book to curl up with and savor over time, a book to read again to pick up the thread and weave the magic all over again, to find the missed clues or bits of detail that were washed away by larger details. “The Starless Sea” feels   warm, cozy and enveloping, with adventures both dangerous and enlightening.

Morgenstern wrote this book to be like one of those mythology centered games, such as Myst. Zachary, the son of a fortune-teller, is not quite sure what he wants or where he fits; he has few friends, no relationships, vague goals.

In other words, the perfect character to go on what turns out to be a quest — not entirely his own.

The jumping off point is straightforward. Zachary finds a book in the library, “Sweet Sorrows,” and it includes a story from his past. One day, when he was walking to school, he passed a door painted onto a brick wall. It looked real, and it didn’t look real. He never tried to open it, but it haunted him and still haunts him now. How could anyone know that story from his life? What does it mean? Where would that door have taken him?

“The Starless Sea” is the answer.

So much of it is an exploration of tunnels full of books, candles, keys, bees and cats. Cats are such mysterious creatures.

It’s reminiscent of the fairy tales of old, of ancient stories from past civilizations; it’s Grimm’s fairy tales and Narnia and “Shadow of the Wind” and “Alice in Wonderland.”

It requires a total abandonment of disbelief and a commitment to the world Morgenstern has created, with disappearing doors and lifelike paintings, abandoned harbors, pink-haired guides, fancy dress balls, paper seas and waves of honey.

Morgenstern loves creating a new world. The circus acts in her 2012 book, “The Night Circus,” were wildly imaginative, so vivid it seemed you could step into them.

In “The Starless Sea.” the world is underground, but not a dirty, cold underground. This is a place full of magic. What could be bad about walls and walls of books, friendly cats prowling about, symbols like a bee, a crown, a sword, a key, a feather?

The beds in the rooms are soft and warm, the fires lit, the decor fitting to the occupant’s needs and preferences, and there’s a superb kitchen that can prepare anything your heart desires.

You just have to be cautious, because if you turn left here, and then right, you may not be able to go back with a left and a right. The paths change. A wall with four doors may have just one with a handle that you can turn, and once you go in there, there’s no surety you will find it or its occupants again, or even return to where you were.

Morgenstern weaves stories throughout, with people and things that are and are not connected, with bits of stories that fit here, but not there, with lovers who vanish, cities that burn, shorelines that disappear.

Chiefly, Zachary makes things happen, but he is drawn in by Dorian, who is trying to flee Allegra, who doesn’t want the stories to end, or escape.

At the inn in the woods, does the Moon really come to visit Fate?

Without developing labyrinthine storylines, as Tolkien does in his Lord of the Rings saga, Morgenstern tells bits of stories that hint at long-forgotten mythologies and fables. She doesn’t have to tell all of each story, because the story is ever evolving. She following one young man, and one ancient resident and a few people who have come to seek what they lost.

The stories are all moving, stories that include great sacrifice, honor and love.

The book is full of symbols, like the bees, and a hare and an Owl King, but Morgenstern does not indicate what they mean. That’s left up to the reader, who can create their own stories from the symbols.

The pacing is just right, if you like to sit and hear a story — in your head — and it picks up near the end while the reader is left somewhat dumbstruck by the turn of events.

“The Starless Sea” is an experience to enjoy, if you are willing to believe in the impossible and the amazing. Someday, you might find it on a shelf with your story in it, too.