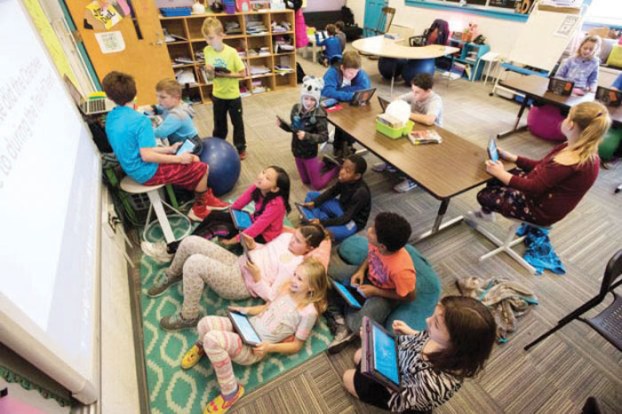 SALISBURY – The end is near for Rowan-Salisbury Schools’ second lease on Apple products for its students.

The district has been operating on a 1:1 model, meaning a device per student, for nearly six years on a pair of three-year leases. At the end of the first lease term, the district entered a second lease.

RSS Chief Technology Officer David Blattner on Monday laid out some options for the board, including extending the refresh cycle from three years to four and using iPads at the high school level.

There is a pilot program at North Rowan High School exploring having students use iPads in the classroom.

“If you go into the high schools now, you see the kids when they’re working on projects. A lot of times, you see them with their phones out,” Blattner said, noting the students want the ability to move around and use the devices.

The devices are also less expensive.

There were some other positive points to the devices, Blattner said. Students and faculty representatives from the high school say iPads seemed capable for what they needed in the classroom, though staff would require more training to use them for all their needs.

Blattner pointed out that students said in surveys it was more difficult to access streaming and other web services via the iPads. Students found workarounds for blocks on the services on the laptops. This was presented as a positive because the devices are supposed to be used for education.

In the survey of students in the pilot program, most teachers thought the iPad devices had increased rigor. Most students disagreed.

Teachers also liked the devices being more mobile, but not that the devices are not compatible with Adobe Flash or Shockwave. Shockwave support was discontinued by Adobe in 2019, and it will discontinue support for Flash at the end of 2020.

Blattner laid out a direction for the 1:1 program, including reviewing the use of iPads in early grades and potentially moving away from 1:1 in K-2. He also included some recommendations from the American Academy of Pediatrics on screen time, including avoiding it before age 2, limiting it to an hour a day from ages 2-5 and to be purposeful about media use at older ages.

“We understand that our teachers are going through a lot of change,” Superintendent Lynn Moody said. “This is a change. ‘Is it worth the change for the money?’ is ultimately the question we’re going to have to ask.”

Moody said there is a cost associated with changing how the district issues devices as well as not changing. While the administration was not ready to give the board a recommendation, it wanted to bring forward information to show the board problems and questions associated with the decision, she said.

Board of Elections prepares for primary election

By Liz Moomey liz.moomey@salisburypost.com SALISBURY — With the primary election less than two months away and early voting closer than... read more