SALISBURY — The Rowan County Sheriff’s Office has charged a second West Rowan Middle teacher with exchanging explicit messages with a student at the school.

The arrest of Justin Andrew Avery comes three weeks after another West Rowan Middle School teacher, Ethan Andrew Grose, was charged. A third person not connected to the school system is being sought. 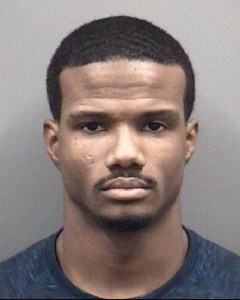 On Sunday, Rowan Sheriff’s detectives charged Avery, 29, with third-degree sexual exploitation of a minor and felony indecent liberties with a child, Sheriff’s Capt. John Sifford said via a news release.

Grose, who was arrested Dec. 23, will face an additional charge of third-degree exploitation of a minor. He was initially charged with felony indecent liberties with a minor. Grose was released from the county jail in December after he posted a $25,000 secured bond and taken back into custody after the most recent charges. The Iredell County Sheriff’s Office located Grose once the warrant for the new charge was obtained. 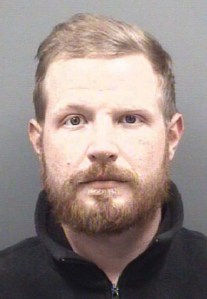 According to Rowan-Salisbury School System Spokeswoman Rita Foil, Grose resigned from his position in December. He began with the school system in 2015.

As of Monday, Avery was placed on disciplinary suspension without pay. He began with the school system in 2017.

“It is heartbreaking any time we receive a report that involves inappropriate behavior. We have protocol in place to immediately handle difficult situations should they occur assuring the continued safety of our students and staff. We conduct internal investigations, review our processes, and continue to work cooperatively with law enforcement on their investigations,” Foil said.

During the investigation, evidence was obtained that showed both Avery and Grose communicated with the student via social media apps and exchanged sexually explicit images.

A third person who is wanted by the sheriff’s office was identified as 24-year-old Donovan Perez Hernandez, of Salisbury, who is not associated with the Rowan-Salisbury School System. 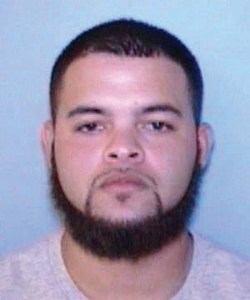 Warrants were obtained for Hernandez for felony indecent liberties with a child and sexual exploitation of a minor. Detectives have been unsuccessful in locating him. Sifford said all three cases involve the same juvenile.

The initial investigation began after the Sheriff’s Office received a report that a student at West Rowan Middle School received and sent inappropriate text messages with a male staff member. Detectives said that staff member was reportedly Ethan Grose, who had been communicating with a student via social media. The communication continued until it was reported by the student’s family.

The conversations included pornographic images in addition to inappropriate conversations. Grose confessed to the same in a meeting with sheriff’s deputies.

Foil said the Rowan-Salisbury School System is “appalled and angry” about the situation.

“This is not acceptable and we hold our staff accountable to high standards and expectations. We encourage families to talk with their children about safety, including the importance of relying on trusted adults, such as parents, teachers, ministers, school resource officers, and others,” Foil said. Parents are also encouraged to contact the Sheriff’s Office if they have any information that they think law enforcement should know. Rowan-Salisbury School System also operates an anonymous tip line, that is available on our district’s website.

“We are very grateful for the excellent relationships with our local law enforcement agencies. We are fortunate to have School Resource Officers who are responsive to the needs of our students and who work closely with school administration to create a team atmosphere and enriching place for our children to learn and grow.”

Anyone with information on the whereabouts of Donovan Hernandez is asked to call 911 or Salisbury-Rowan Crime Stoppers at 1-866-639-5245.