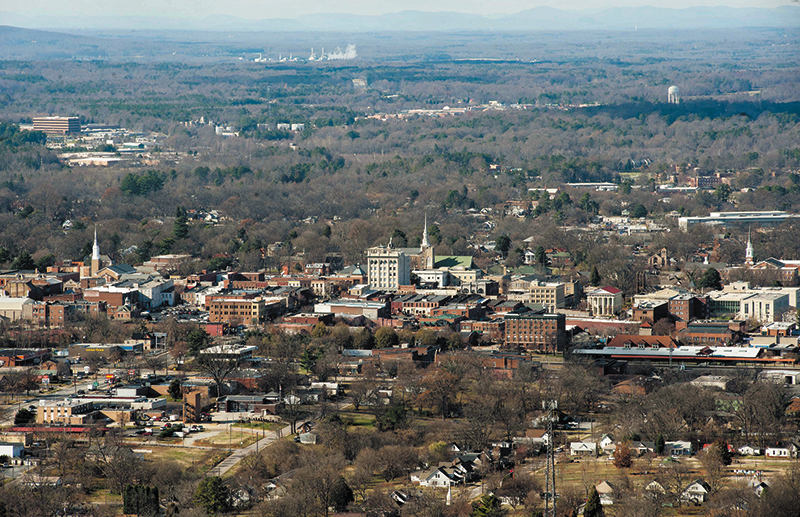 Last week, the Salisbury City Council added nine more members to its Forward 2040 committee, which will be charged with envisioning what Salisbury could and should look like in 20 years.

That will require imagining nationwide changes in society, advances in technology and, of course, local changes that will occur naturally or should happen. The Forward 2040 plan will  contain ideas about streetscapes, land uses and crime. It’s not a crystal ball for the future, but it inherently requires thinking creatively about what comes next.

It’s an ambitious project to be sure. No one 20 years ago, for example, predicted the rise of Amazon and online shopping would cause the retail apocalypse, shutter nationwide chains and help hollow out downtowns. Niche retailers, restaurants and clothing boutiques have helped Salisbury avoid falling victim to the same trend as many downtowns in rural cities.

It’s even more unlikely that anyone predicted the rise of electric cars that drive themselves. For less than $50,000 people can purchase an entirely electric car with full self-driving capability. In 20 more years, that price will be much lower.

What else should Salisbury and Rowan County expect to see in 2040? Will Clyde, who will then be in his mid 90s, be driving one of those electric, self-driving cars? Will school board members continue alternating schools they plan to close without making a decision? Will the widening of I-85 only help motorists get through the county faster?

Jokes aside, here are 10 predictions for life in Salisbury and Rowan County in 2040:

• Salisbury will keep historic preservation as a major priority, requiring landlords to renovate and repair buildings in a manner that maintains their original character. On a related note, the Plaza will remain the tallest building in downtown.

• Due in part to Bell Tower Green Park, there will be many more residential units downtown. Already, several building owners have renovated to add apartments downtown. With a large central park, downtown living will be made more attractive. Prospective renters groan about downtown rental prices now, but prices will be higher in 20 years.

• The Empire Hotel will be redeveloped, but it may take a little longer than developers and the city hope.

• The population of Salisbury may be a couple thousand greater than it is today, but the growth rate in elsewhere in Rowan will be much sharper, particularly in the southern end of the county and around the towns of Faith, Rockwell and Granite Quarry.

• Instead of wondering whether Charlotte’s growth will spill over Rowan County’s shores, we’ll more seriously consider whether one urban agglomeration will spread from Charlotte to the Piedmont Triad and Raleigh. Because of that, there will be more prominent conversations about improving regional public transportation networks like light rail.

• Landis will still be consumed by controversy. Town board members will find they’re unable to or decide to do nothing about lowering high electricity prices.

• High Rock Lake will maintain much of its current blue-collar character, avoiding becoming a second Lake Norman. Though, there may be more and pricier homes along with new businesses.

• Downtown parking in Salisbury will still be a topic of conversation, but the problem won’t get any worse because of on-demand, ride-sharing services that use self-driving vehicles. That means no parking deck in downtown.

• More than once over the next 20 years, the relocation of “Fame” will reemerge as a topic of community conversation, and the city will eventually settle on adding additional context through a new historical marker or other landmark in Bell Tower Green Park.

There are other possibilities, like narrowing Innes and/or Main streets in downtown to one lane. Technology may mean more drastic changes. But the 10 mentioned here are realistic possibilities from our current time.