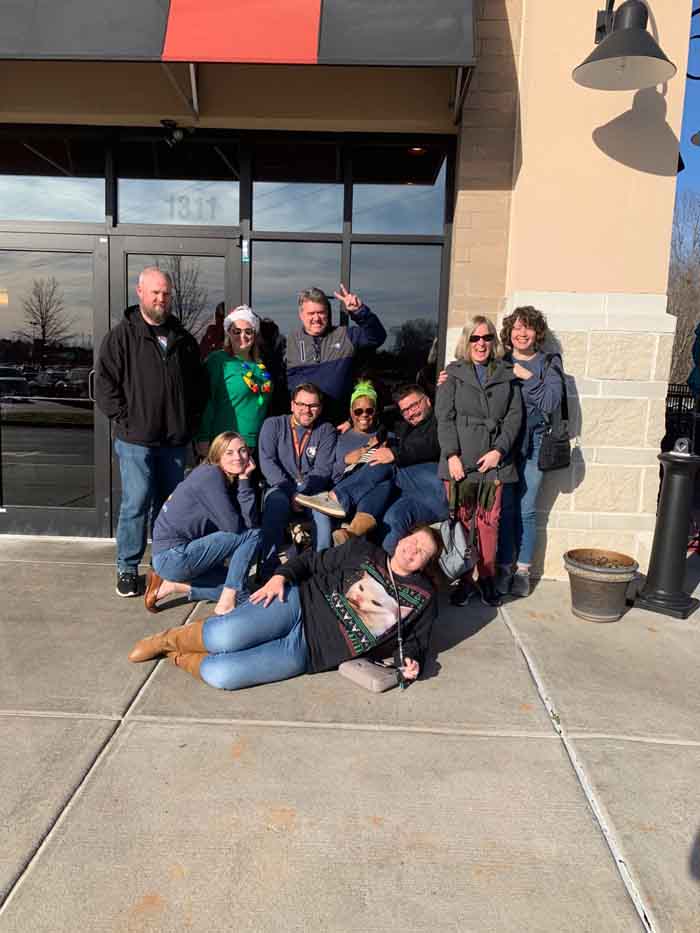 SALISBURY – West Rowan Elementary School ESL Instructor Toyrie McPhaul traveled to Dothan, Ala., over winter break to see friends. While in Dothan she walked around downtown, tried some new food and went to a speciality tea shop.

While she was there she learned about the city’s history, including how it was proclaimed in 1938 as the “Peanut Capital of the World.” The city’s drops a big peanut on New Year’s Eve.

The winter break for Rowan-Salisbury Schools ended last Friday, and the Post reached out to the schools to see what faculty and staff were up to.

McPhaul also saw many of the nearly two dozen murals downtown depicting significant events and notable people in the city; saw the city’s purple fire hydrants which are color-coded for the size of water main that feed them and went to the restaurant of a Top Chef winner.

When they returned from the break, McPhaul’s students began doing activities to practice for ACCESS testing, which begins at the end of the month. The students will do a writing activity where everyone writes about being a type of noun, and those activities will be made into a hardcover book.

SEMS sixth grade science teacher Rena Evans said the family atmosphere is a special quality of the school, adding she attended SEMS when it first opened and eventually moved to Asheville and Durham for education and other public school teaching jobs. It still feels like the school has the same family atmosphere 15 years later.

Evans and another teacher exchanged their favorite young adult science fiction novels to read during the break. They are trying to incorporate more reading and literacy into their science classrooms.

Evans was recommended “Our Life As We Know It” and said she thoroughly enjoyed it.

Teri Mills, an eighth grade social studies teacher at China Grove Middle School, spent the holidays with family in Indiana. The family was able to take a four-generation photo with her grandmother, mother, herself and her daughter.

Mills said this year the family was especially grateful for time together while her father is undergoing radiation treatment.

Superintendent Lynn Moody spent almost an entire week under one roof with her husband, two sons, daughter-in-law and granddaughter.“I worked hard to unplug from work and just focus on my family,” Moody said. “We spent time talking about memories and dreams.”

Moody’s children are all teachers. Her daughter-in-law is too. Moody said she thinks family helps keep her grounded as a superintendent and stay close to the classroom.

“I chased my granddaughter non-stop the entire time,” Moody said. “We exchanged sounds over what a dog and cat says. As we colored, read books and sang songs, I thought of how different I want her education to be than what I wanted for own my sons.”

Moody said she looks forward to reconnecting with colleagues after a break.

“I am so honored to work with educators who also want education opportunities to be different for all of our children,” Moody said.

Moody added she is looking forward to helping all of the children in RSS grow their reading skills, wanting to help families learn more about supporting strong reading habits at home as well.