Love can only conquer so much pain 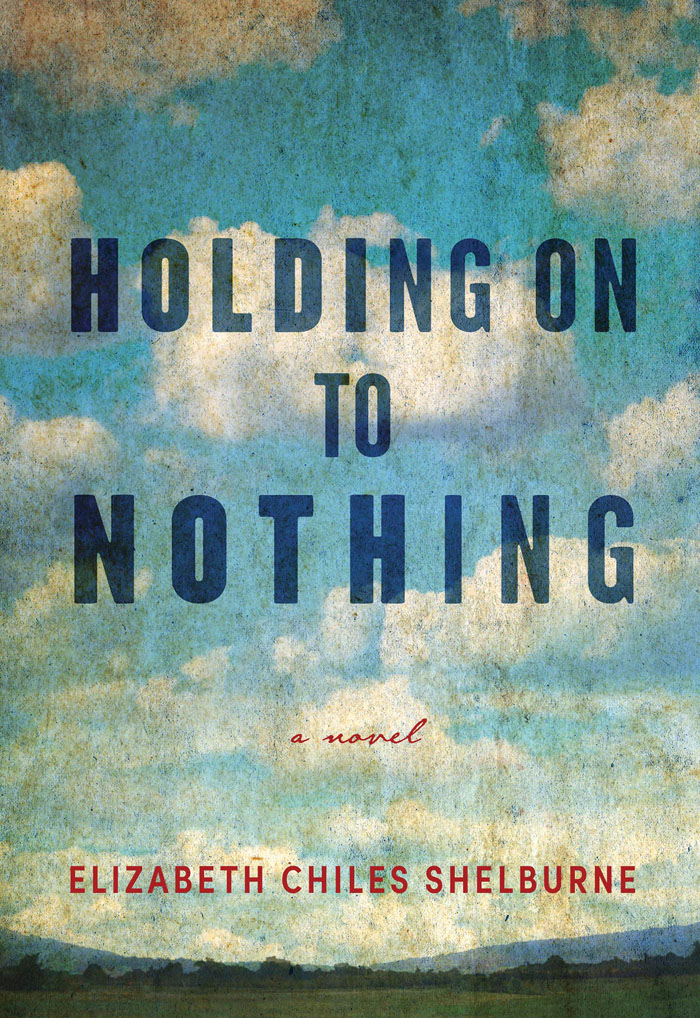 The characters in Elizabeth Shelburne’s debut novel sound like clichés from a country music song — a hard-drinking man, a good-hearted woman and a small-town scandal— but their heartbreak feels all too real.

Shelburne, who grew up in East Tennessee, writes as though she knows these flawed people, and the empathetic treatment she gives them raises “Holding on to Nothing” to a high level. This is a “Hillbilly Elegy” told in fictional form, a form that lays open the heart. It’s a compelling story layered with painful truths.

The lovers’ story starts with a bad decision.

In a weak and drunken moment, Lucy Kilgore climbs into the back seat of Jeptha Taylor’s Camaro for a wanton fling. The two barely know each other. While Lucy has been scraping together bar-waitress tips to go to Knoxville, Jeptha busied himself living down to his family’s reputation as good-for-nothing drunks.

Still, Jeptha has secretly held a place in his heart for Lucy ever since the day in high school when he first saw her warm smile. His mandolin playing at the bar where she works finally makes her pay him more than passing notice.

He calls her after their backseat passion, and his voice breaks as he asks her out.

Lucy, who regretted their encounter the second it was over, pities him.

“She’d understood then that she had not only done something mind-blowingly stupid, she had done it with a guy who — despite all evidence to the contrary — turned out to think it might actually mean something.”

This was not part of Lucy’s plan — nor even her persona. Despite her smile, Lucy lives a wary and cautious existence. She lost her parents in a car crash she was 13 and feels every bit the orphan. Living with her mother’s best friend, LouEllen, Lucy has been singlemindedly working toward the dream her parents had for her — college. She’s days away from leaving town.

Her rare drunken moment with Jeptha changes all that.

The pregnancy throws Jeptha off course, too. Heavy drinking is about all he knows, that and hunting and occasionally working in the tobacco fields he owns with his brother and sister.

When Lucy decides to give Jeptha a chance, he shows up more than an hour late for their first date, drunk after spending the afternoon with a buddy.

But bringing a baby into the picture gives Jeptha new focus. Lucy wants a family, even if it’s not the family of her dreams. Despite the doubts of all their friends — “I’m the kind of mistake a girl should run away from as fast as she can,” Jeptha says — they marry.

The doubters include LouEllen, whose protective instincts go on high alert when Jeptha enters Lucy’s life. “He is going to break you,” she warns Lucy. “Your heart, your spirit, something. You don’t take a chance on a Taylor. Like it says in Jeremiah, a leopard can’t change its spots.”

But, oh, how Jeptha tries. He doubles down on his farm work and proves the skeptics wrong for months. Lucy’s working fulltime at Walmart and waitressing a few nights a week at a bar, her belly growing bigger by the day. He can make sacrifices, too.

Jeptha tells no one about the yearning that’s gradually swelling within him. At first it was only a passing thought, then a yearning, then something more.

“Every part of him — his hands, his lips, his stomach, his mind — craved a beer, but it had been five months, the longest he’d ever gone, and he pushed the thought away. Lucy liked him sober and working, and he loved Lucy. So, sober and working he’d be, even if it was a struggle every single minute.”

The pressures of life work against Jeptha. Bills mount up. Lucy is exhausted. He lands a job for the winter, but his resolve is like a thin thread, frayed and weakening.

Tragedy breaks the final shred. A car hits the hound that’s been by his side for years. Tearful and alone, Jeptha puts a bullet through the dog’s head to end its pain — and makes a beeline to the Minute Mart beer cooler.

Thus begins his downward spiral of broken promises, bad decisions and lost opportunity. Lucy forgives at first and then merely tolerates Jeptha as her due date nears. The baby comes when Jeptha is nowhere to be found — at a bar, his cell phone dead.

Their life falls into a sad rhythm of Lucy’s work, Jeptha’s drinking and, despite it all, baby Jared’s happy growth. The love that had bonded Lucy and Jeptha in the months of her pregnancy has worn out. All they have is their shared love of Jared.

Throughout Jeptha’s life, people have told him he’s stupid and worthless, even his brother and sister. The put-downs echo in his mind and become self-fulfilling prophecies.

Jeptha knows only one way to cope, numbing himself with alcohol.

Even drunk, though, he comes to the realization that his siblings have been cheating him on the farm’s income, and the anger that erupts brings the plot to a devastating climax.

The story feels unique to Lucy and Jeptha, but its themes resonate through hills and valleys of Appalachia — poverty, limited options, addiction and hopelessness. Country music is woven in, speaking to the characters’ hearts and even inspiring the name of Jeptha’s dog, Crystal Gayle.

Shelburne neither demonizes nor totally excuses Jeptha for his alcoholism. She lays it out as an immutable force that’s stronger than Lucy’s desire for family or Jeptha’s love for Lucy. It’s a sad but believable story, one that will stick with readers for a long time.