‘Why not’: Southeast Middle uses renewal flexibility to give students new experiences 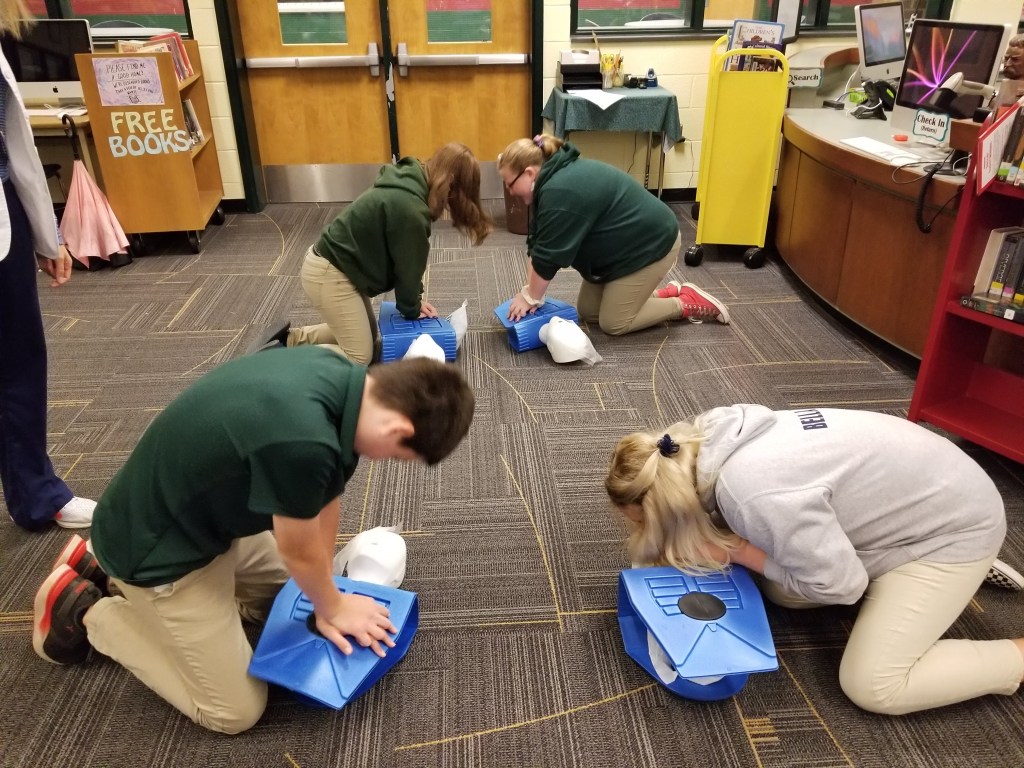 SALISBURY – As part of its “renewal” flexibility and with a theme of “building connections,” Southeast Middle School is exposing students to things they may not otherwise experience.

Renewal has given Rowan-Salisbury Schools special, “charter-like” flexibilities to control everything ranging from how funding is used to curriculum, and each school has been tasked with creating their own renewal plans on what they want to accomplish and what flexibilities they will be using.

Southeast Principal Jennifer Lentz asks, “How do we help kids think about life and have experiences they might not typically get ‘on regular school days?”

The school has swapped out one physical education position for a position that teaches life skills like financial literacy and cooking. And the school has added what’s called “Patriot Intervention and Enrichment Time” — 30 minutes on a new topic every three weeks. The spate of new activities and intramurals at the school asks adults to tap into what they enjoy and offer that to the kids.

Around Christmas, one offering involved card and ornament making.

Meanwhile, each grade level has been asked to take at least one field trip a year that goes outside of the county. Earlier this school year, one group made the trip to Grandfather Mountain in Avery County.

“We have kids that haven’t been to the mountains,” Lentz said.

One group of seventh graders took on an engineering project to create a Rube Goldberg-esque contraption to lower basketball goals in the gym. Normally, goals are raised and lowered with a special bit loaded into the chuck of a power drill. The final product, which had about 10 steps, accomplished pulling the switch and lowering the goal.

“It was really fun to work together,” said seventh Grader Kaylee Thonen.

Students in the team had to build on each other’s strengths to come up with an elaborate solution to the simple problem.

The entire contraption began with a human domino effect starting in the hallway, culminating in the trigger on the drill being pressed with the help of a ladder, a bucket, a rope, a weight and some tape.

Another group of sixth graders learned about their interests through a program called SchooLinks, while eighth graders had the chance to explore how they would be able to pursue a career path.

Kimberly Mejia, an eighth grader, said she wants to become a neonatal nurse, and she was not discouraged after discovering the education requirements for the job and learning about how nurses could encounter death on a regular basis.

“I want to help the mothers and the babies,” Mejia said, adding she understands and is ready to face the challenges.

Eighth grader Logan Plyler wants to be an Air Force pilot, and he learned about the demanding education requirements to become one.

“I’ve always wanted to go into the military,”Plyler said, adding he has always been interested in planes and flying.

When asked why the school is showing students so many different experiences, Lentz said “Why not.”

“For us it’s more about building experiences, building connections, just giving them things to think about,” Lentz said.