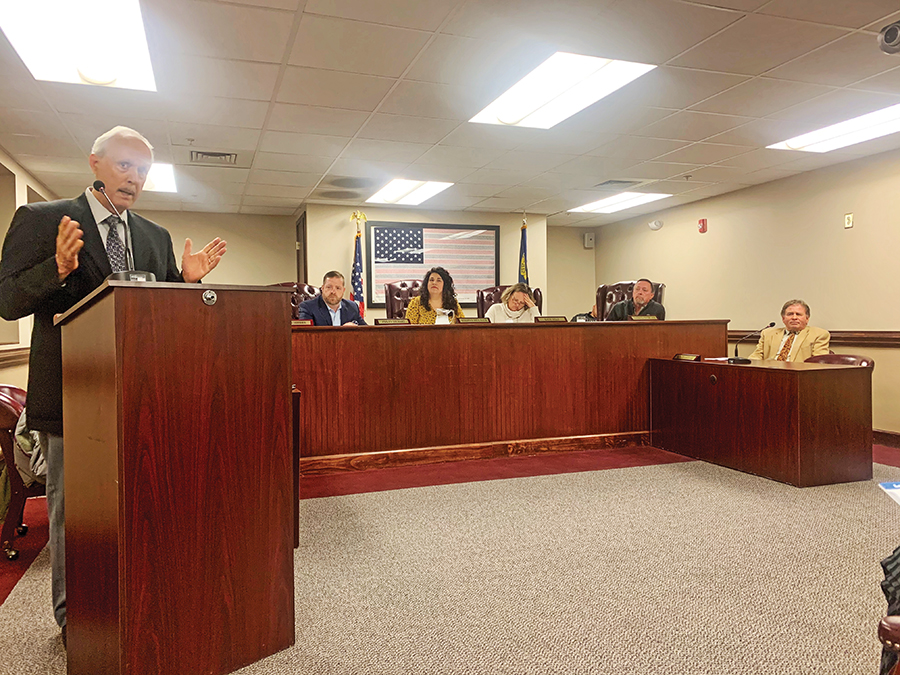 Interim Town Manager Leonard Barefoot introduces himself to Landis citizens after being appointed at Tuesday's meeting.

LANDIS — Less than 24 hours after the firing of Roger Hosey as manager, the town’s aldermen on Tuesday night appointed an interim town manager.

Leonard Barefoot will be serving as the interim town manager until July 1.

Mayor Pro Tem Ashley Stewart introduced Barefoot to those in attendance, saying he will stabilize the town with his extensive experience as a town manager and assist in a proper vetting process in hiring a permanent manager. The board approved Barefoot’s appointment with a 4-0 vote. Alderman Tony Corriher was absent.

Mayor Meredith Smith said she was thankful for Barefoot’s willingness to work as interim manager.

“We have a wonderful opportunity that will happen here in Landis with the interchange and different things like that,” Smith said. “We need to be moving forward in the right direction. I feel like Mr. Barefoot with his years of experience is going to move us in that direction to find a town manager that’ll fit our town.”

Barefoot, of China Grove, retired in 2007 as the manager of Sanford after 14 years. Since then he has served as an interim town manager in multiple cities.

Barefoot said he will perform all duties required of a town manager and will get acquainted with the board.

“My goal will be to make the town of Landis as smooth and operational as it can be when you get a permanent manager,” he said.

Alderwoman Katie Sells said she contacted the N.C. League of Municipalities about Barefoot and said was told he was a great person to work with.

Smith thanked citizens for putting their trust in the newly elected board and acknowledged that they left Monday’s meeting with some unanswered questions.

“I want to ensure all of you, especially those that voted for me, that I take a look at the black, the white and the gray,” Stewart said. “I will not make any half-hearted decisions based on non-solid information.”

The board fired Hosey from the town manager position after he served for five months. Hosey is no longer involved in the police department either.

Smith cited “just cause” Monday night as the reasoning for firing Hosey. Smith and Sells did not elaborate after the meeting.

Hosey’s contract, updated at the Dec. 9 meeting, states he’s entitled to a severance if terminated or asked to resign by the board without just cause.

Asked by the Post to defined “just cause” as intended by the board, Town Attorney Rick Locklear didn’t provide a finite answer. But Locklear said, “There’s no one saying he is convicted of a crime.”

And according to records at the Rowan County Clerk of Court’s Office, there are no relevant convictions. That’s something Hosey stated publicly on his Facebook page after midnight on Tuesday.

“I have never been charged with, much less convicted of any felony or crime of moral turpitude. Court records are public — look them up for yourself. To say or post otherwise is slander/libel,” he said. “I am NOT the subject of any criminal investigation, much less the on-going embezzlement investigation by the SBI.”

In an email sent after the Monday’s meeting, Hosey said the three new board members had issued an ultimatum to him: to renegotiate his contract, specifically his severance and benefits, or be terminated.

Hosey said he asked to wait until the January meeting to consult his attorney.

“After consulting with my attorney, I informed the board that I was not willing to renegotiate my contract,” Hosey wrote. “They then decided to terminate my employment.” 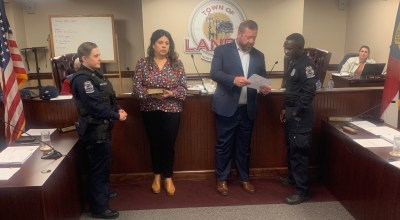