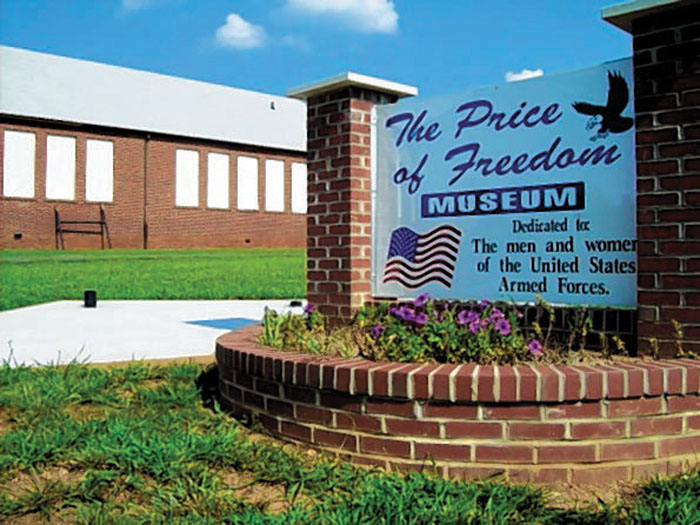 SALISBURY — Rowan County Commissioners on Monday gave their approval to a rezoning at the Price of Freedom Museum and scheduled a public hearing about a no-wake zone on Panther Creek.

The rezoning will allow the museum to add a 4,800 square foot building to store additional memorabilia from World War I to Afghanistan. It will change roughly 6.4 acres of land from rural agricultural to institutional — a rare zoning classification in the county that’s used for “major cultural, educational, medical, government religious and other institutions in order to support and enhance their benefits to the community in a manner which projects adjacent residential uses.”

Discussion about the museum’s plans were limited on Monday, but documents presented Monday said the museum began meeting with planning staff in the summer of 2018 about a possible addition to house memorabilia. The museum is located on Weaver Road, to the northwest of China Grove.

The public hearing for a no-wake zone, which was scheduled for Feb. 3 at 3 p.m. in the Rowan County Administration Building, comes at the request of the Emerald Bay Home Owners Association, the president of which said residents have safety concerns about boat traffic on a body of water called Panther Creek. The creek is located in the southeastern corner of Rowan County, off of High Rock Lake.

Mark Scott, president of the home owners association, said boats pull children on inflatable tubes at high rates of speed and turn at a buoy near the development’s community dock.

“We believe a no-wake zone should be placed in that area,” Scott said.

To apply for a no-wake zone with the N.C. Wildlife Commission, Scott said, the home owners association must go through a municipal or county government. Monday’s vote to schedule a public hearing was the beginning of that process.

• Commissioners approved a rezoning that allows Daniel Gomez and Karen Mendieta to expand their business at 15185 U.S. 52 near the Stanly County border to include auto repair and used tire sales. The business currently sells used cars.

• Commissioners appointed Michael Shepherd to the Agricultural Advisory Board, Jonathan Barbee to the Historic Landmarks Commission and Dennis Rogers to the Parks and Recreation Board.

• Approved a contract with Michael Taylor to continue to serve as the Rowan County Sheriff’s Office chaplain.

• Commissioners approved Raleigh-based WithersRavenel as its consultant to oversee a community block development grant that will build a sewer line to Chewy.com’s fulfillment center on Long Ferry Road.